It's very nearly here. Outlook Festival returns to Fort Punta Christo in the Croatian city of Pula tomorrow (September 2), serving up five days of red-hot tunes, from dub and reggae to grime and drum 'n' bass. For those of you going, we thought we'd get you in the mood with a guide to each of the arenas. Rather than us telling you, though, we've got a bunch of artists and those from the festival to reveal what it is they love about playing there.

The Moat and The Clearing

DBridge "I'm more accustomed to playing The Moat (pictured above) which is a more intimate setting and one of my favourite stages to play on at any festival worldwide. But playing at The Clearing was my first time even coming across the stage as I'd never managed to check it out before and I didn't realise quite how big it was. I personally sometimes worry that with such a big stage the music won't translate, as I don't play big arena music, but it was nice to be proved wrong and see the music I represent being received so well.

It helps that I was with someone like SP:MC – he's a great MC and can bridge the gap between me on this massive stage, the music and the crowd. I think it's testament to the programming at the festival too; the crowd are very open-minded and appreciative of good music which is greatly enhanced by good production values. The music I play needs to be heard on a good system and The Clearing, along with the festival as a whole, has great sound.

My favourite venue would have to be The Moat – it's insane in there! I've pretty much played there every year with my label [Exit Records]. I love the Mungo's HiFi soundsystem and the guys who run the stage."
[ Photo: Marc Sethi] 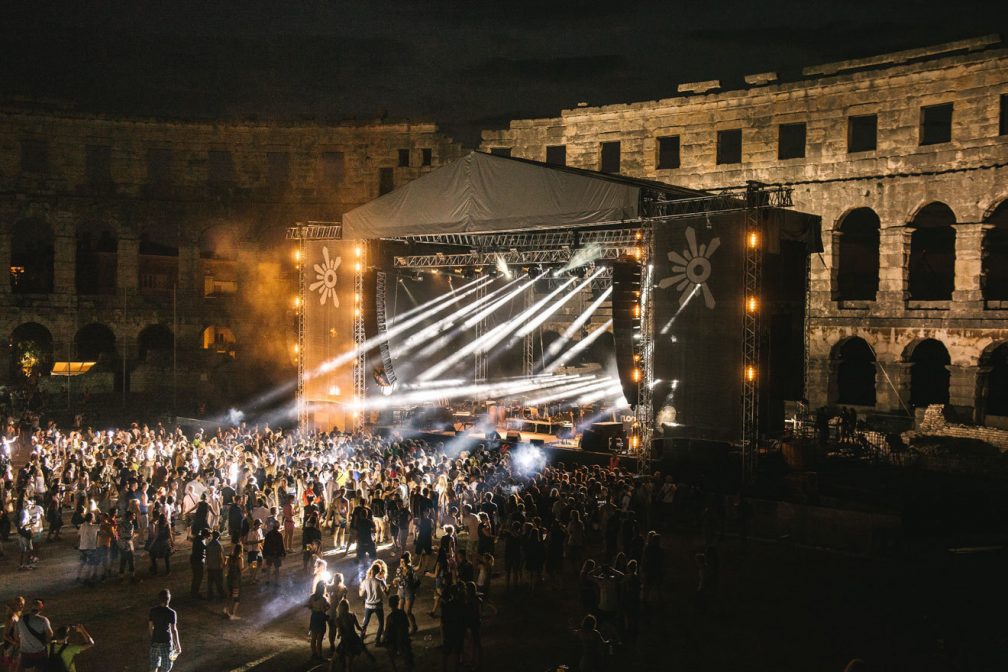 Johnny Scratchley from Gentleman's Dub Club "It feels like I'm coming home when walking onto the stage at Outlook and I feel truly blessed to have the opportunity to play our music to such an amazing crowd. Each year the energy seems more intense and uplifting than any other event we play. The venue coupled with the soundsystems and the knowledgeable crowd creates an unparalleled vibe. It really is a jaw dropping place!"
[ Photo: Marc Sethi] 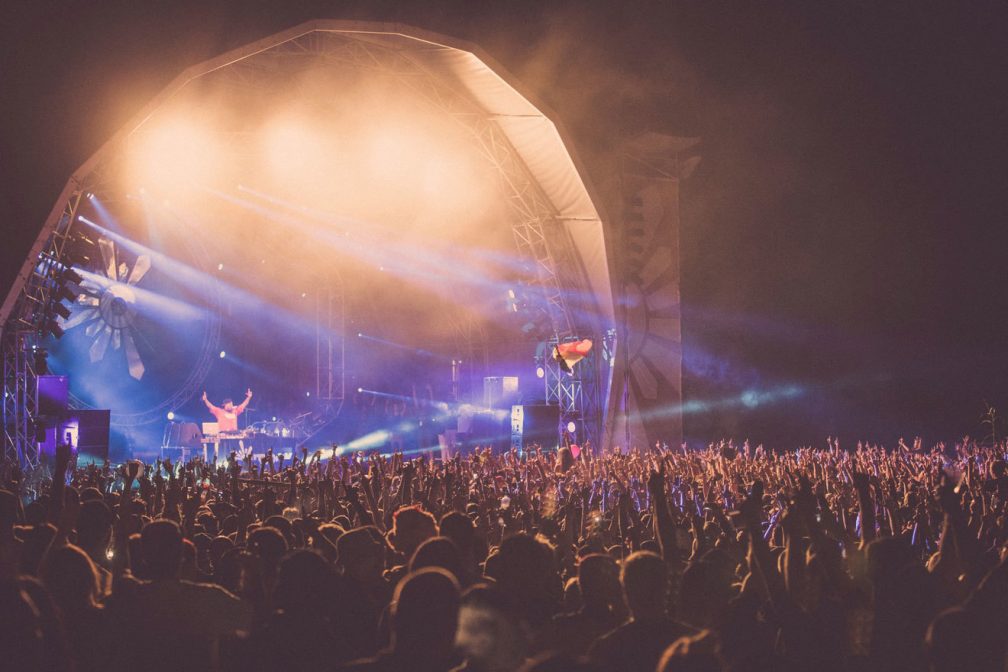 David Rodigan "I am delighted to be bringing my Ram Jam brand back to Outlook for the Harbour Stage Takeover! It's always one of my favourite festivals, populated with real music lovers and we've got a line-up to match! The new Jamaican star Protoje will be performing live plus the likes of Cutty Ranks and original don selectors Shy FX, Goldie, Toddla T and Channel One! It's going to be crazy!"

Mungo's HiFi "Playing on a big stage doesn't come naturally to us as a soundsystem, but the backstage crew were very welcoming and waiting to go on watching Barrington Levy do his thing was an unforgettable warm-up. The setting is simply superb, with the cool wind coming in from the bay and the hills all around. The other stages are far enough away that you don't feel in the middle of a maelstrom and can fully focus on the acts - each one picked for their genuine contribution to the art of music, more so than any hype surrounding them."
[ Photo: Dan Medhurst] 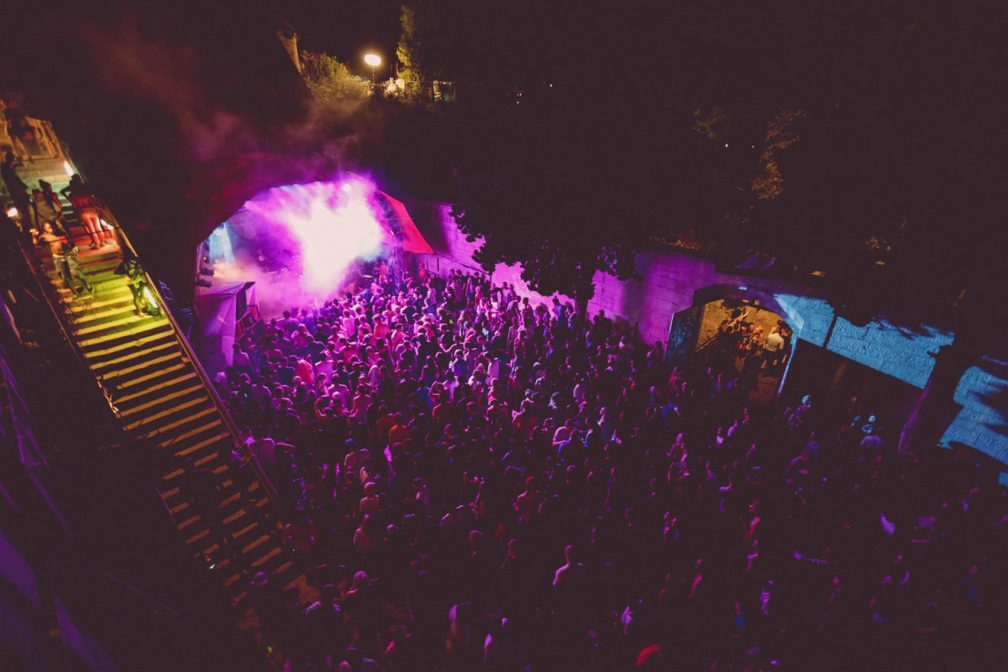 Mala "Mungo's Arena is without a doubt my favourite location to play. It's not the biggest arena but Mungo's HiFi bring the best soundsystem by far and that's why I choose to host my DEEP MEDi sessions there every year. It's an authentic soundsystem for soundsystem music. Last year was pure fire. Heavyweight basslines and dub sirens!" 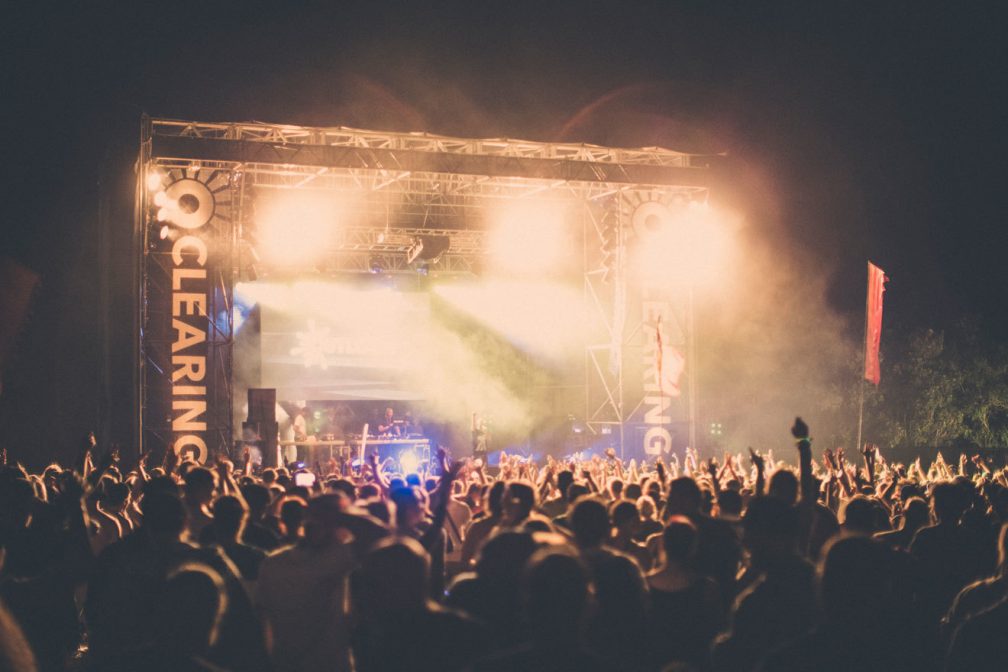 Alexander Nut "As always with all the festival stages, great vibes great sound system and one of the best crowds I've ever played to. We had a crazy line-up [at Dimensions] last year with Funkineven, Floating Points, Andres, Moodymann and myself. Was a hell of a night! The Clearing is really special."
[ Photo: Dan Medhurst] 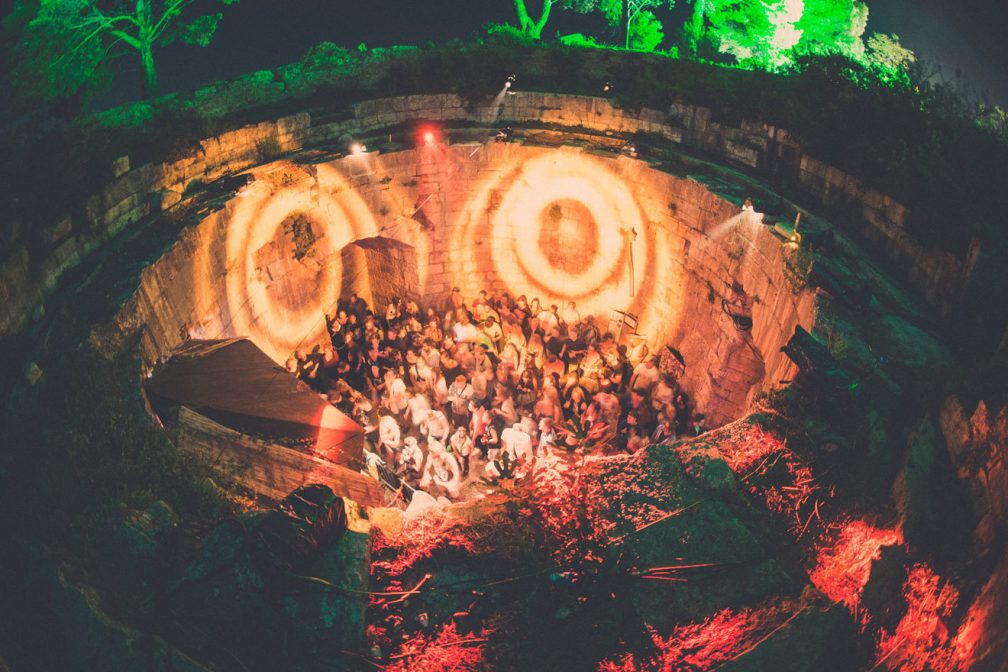 Noah Ball, festival director "This is the site's most intimate space, a circular smash up just for a handful of plucky people. The atmosphere in here is always incredible, it's such a unique part of the whole layout and the one everyone wants to be in!"
[ Photo: Dan Medhurst] 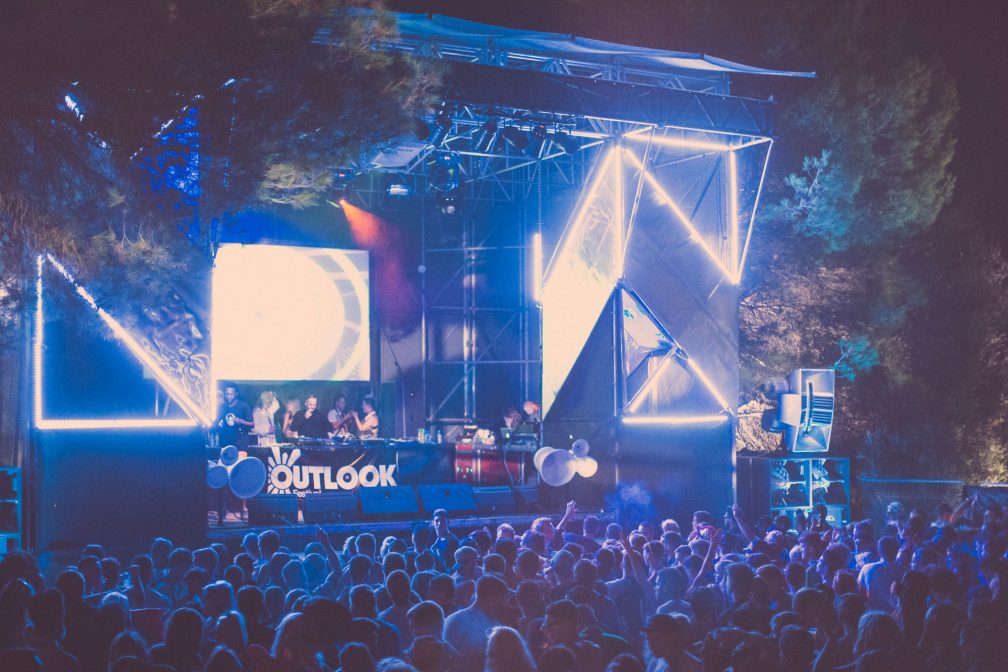 Joe Barnett, festival director "The Void is special – it's got a monstrous Void rig and thus exceptional sound, and we programme it to have some of each festival's headline acts."
[ Photo: Dan Medhurst] 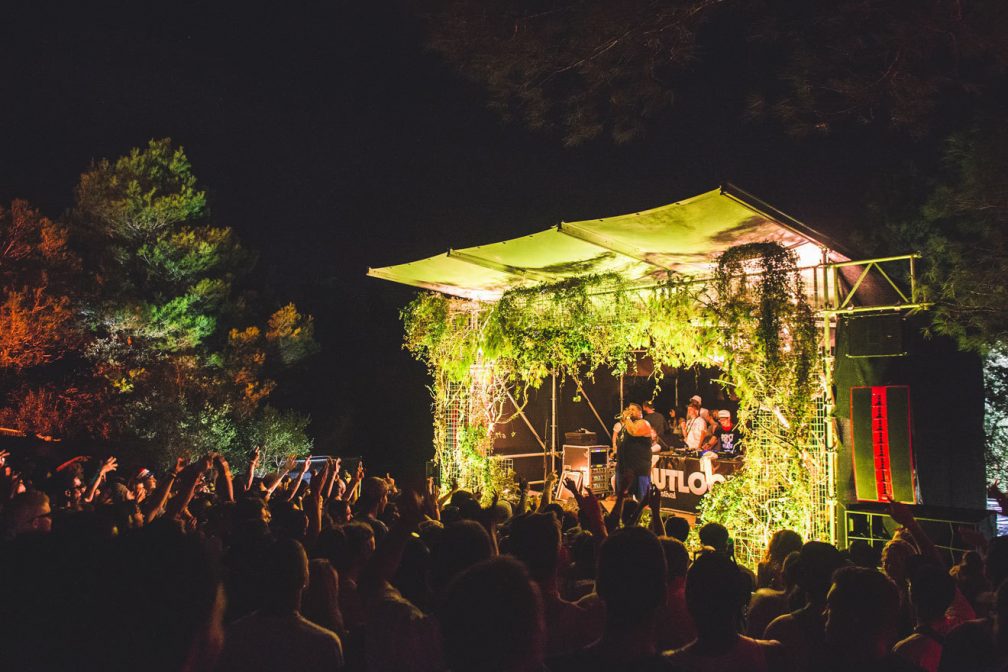 Noah Ball, festival director "The Garden is lends itself beautifully for music, set on a sloping part of the site. It's quite open and almost part of the environment itself, the programing here is always on-point, whether it's blistering techno or bass-heavy beats."
[ Photo: Marc Sethi] 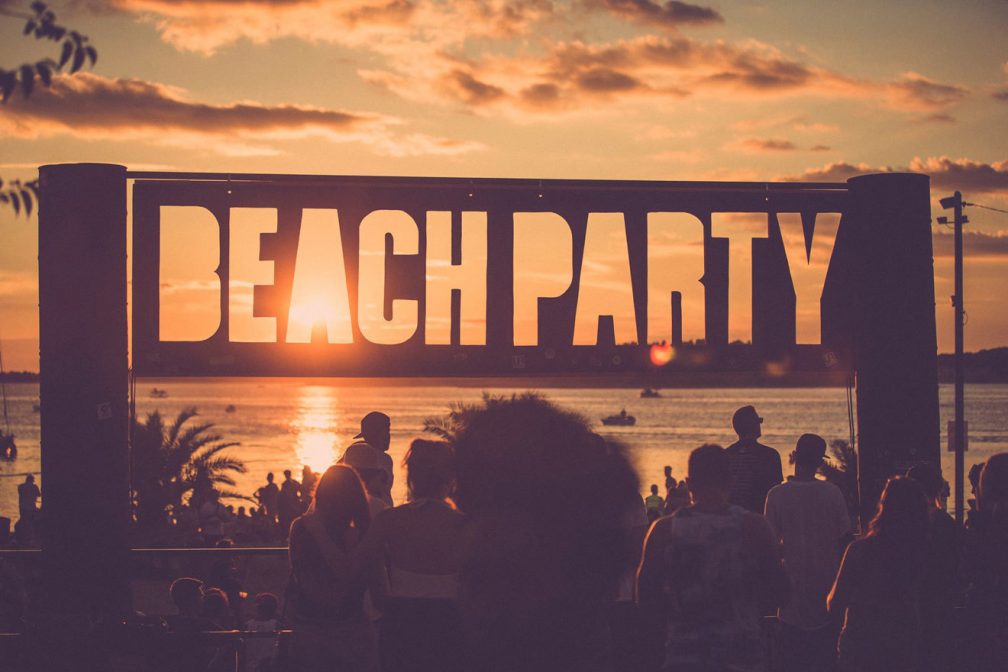 Andy Lemay – Dimensions Sound System "What can I say about the beach? It's got such a good vibe, sun-kissed music all day long right by the sea where you can just dive right into the crystal clear water. This is the only place to be during the daytime, it's bouncing all the time and some great acts drop in to perform every day."
[ Photo: Dan Medhurst]