Nestled in the hills near Lisbon you'll find Quinta do Mocho, one of the city's many housing projects. While Lisbon's city centre is a charming hubbub of tourists strolling cobbled streets and admiring colonial architecture, the projects circling the city are an entirely different matter.

Clusters of high rises thrown up on the cheap in the 90s, scarcely served by public transport, they are far enough out to feel isolated. These blocks have been used as remote ghettos, places to shunt Portugal's predominantly Angolan and Cape Verdean immigrant population, keeping them out of sight and – barring the occasional police raid - out of mind. The buildings are decrepit. They have problems with the water supply and the walls are paper-thin. Like the ghettos of Hollywood imagination, it's not uncommon to come across a burnt-out car in the street. 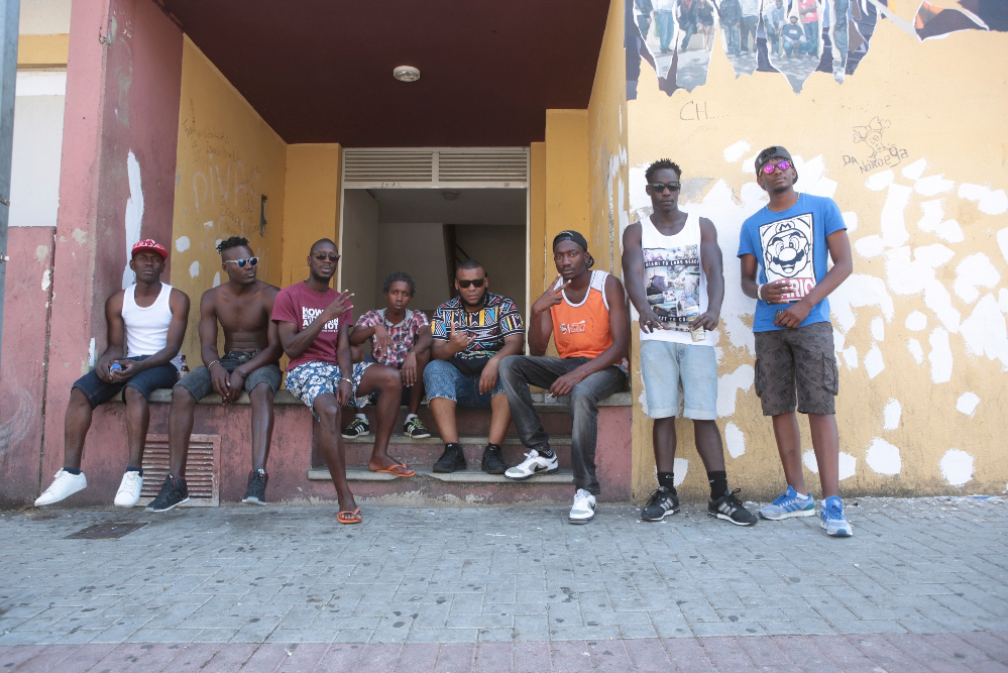 But it's not all grim. In fact, Quinta do Mocho is quite remarkable. Recently, the local government decided to give the block a facelift. Rather than deal with the deep-seated structural problems afflicting the buildings themselves, they went for a quick fix publicity stunt, and invited a series of graffiti artists to paint huge murals on the sides of the blocks. Now, every other building is covered in vast, surrealist paintings, technicolour images of elves dreaming of cuboid abstractions, or vast diagrams showing how to construct an origami boat.

Amid all this random nonsense are two notable exceptions. One is an abstract collage that has the faces of several men embedded in it; the other is a huge, lifelike picture of one man's face. These two were chosen by the residents of Quinta do Mocho. The first work depicts DJ Marfox and the DJs Di Guetto Crew, the local producers instrumental in creating a frantic rave mutation of African pop so new it doesn't have a name, while the second, lone piece is a likeness of local legend DJ Nervoso, a DJ and producer who still lives round the corner, who virtually singlehandedly laid the ground-work for this new sound, and whose skill at rocking a party is spoken of in supernatural terms. In Quinta do Mocho the DJs come painted 50 feet tall.