If Portland, Oregon isn’t already on your map for great cities to see music in, it’s about to be.

The Pacific Northwest destination is widely known for its quirky style, hip dive bars, aromatic coffees and its accessibility to a variety of stunning forests, most only a mere 30 minute drive away. In the 90s, Portland's music reputation grew thanks to its stronghold on indie music culture trends, but since, many might be surprised to find out that it has nurtured its own thriving underground electronic music scene since then.

While it might not yet be recognized on a global scale, Portland promoters are bringing in international talent on par with what's expected in Los Angeles, San Francisco and New York City. It's one of the few cities in the United States where artists like Avalon Emerson, DJ Stingray and The Librarian can be found playing in venues with an intimate 95-person capacity.

Beyond that, the local Portland community is strong. Events made up of an all-local line-up with 300 to 400 attendees are often considered highlight events of the year. Promoters emphasize community and collaboration as keys to their collective success. With less competition and awareness of a scene that appreciates and cherishes good music, promoters pool their resources together to bring quality talent and production to the city of 600,000.

It's no surprise, then, that Portland has become a chosen destination for a handful of artists. J.Phlip, Jimmy Edgar and Eprom have all decided to make Portland their home base.

There's plenty to see and explore, for those hoping to take a deep-dive into the electronic music and dance community of Portland. Mixmag has chosen eight of the best Portland parties for you to explore and uncover. 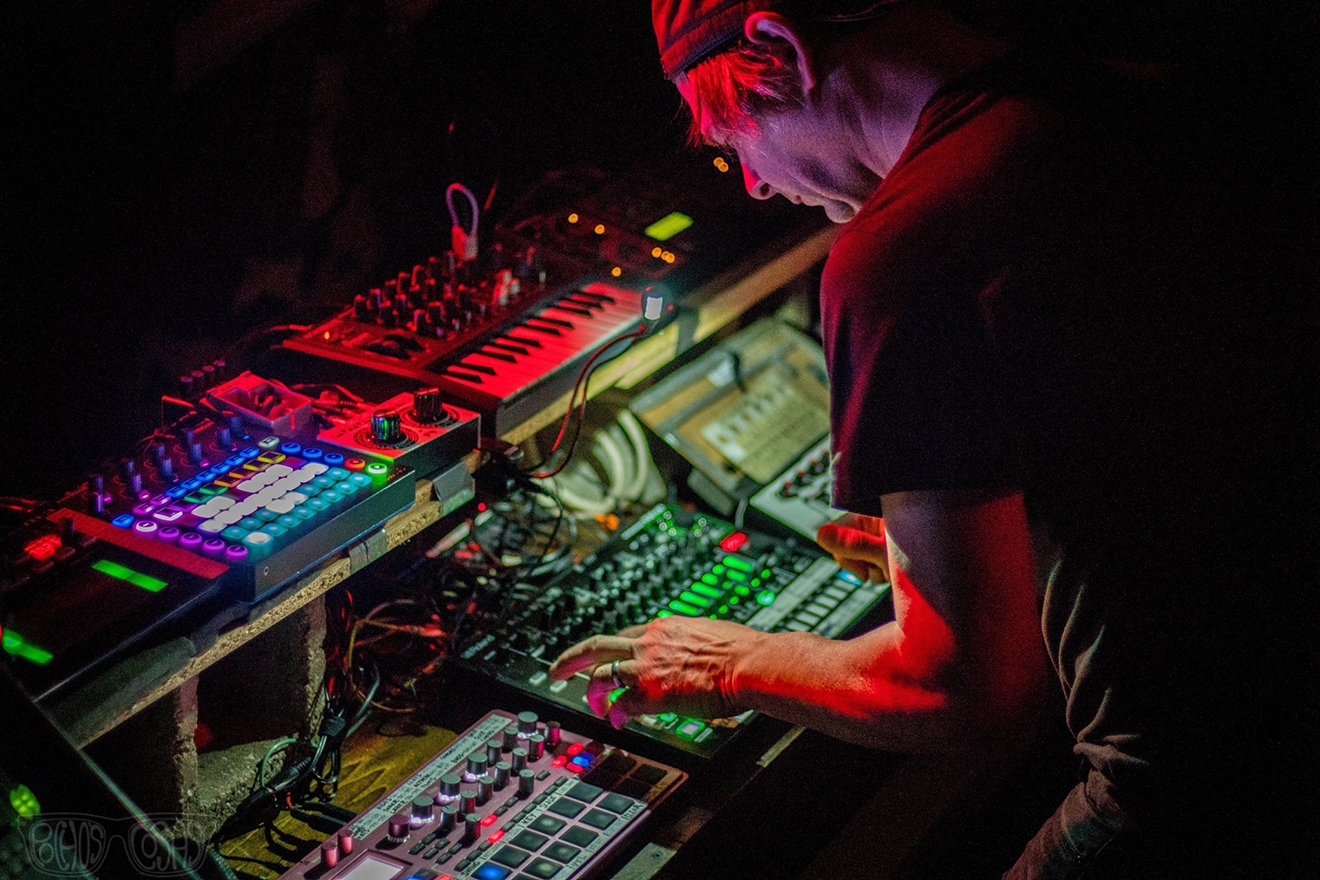 SubSensory has been Portland's techno go-to for years. DJ and live performer Jack Coleman aka JAK started the label and event series around 2008. At that time, Jack noticed that the PDX scene lacked a home for techno. Most venues and promoters felt the music was too dark for their patrons. Jack sought to create an outlet for regional acts who were pushing the sound, and hosted his first SubSensory events as free mid-week parties at Holocene.

Eventually, the parties found a home at Portland’s legendary and now defunct club Groove Suite, which is where things really began to take off. More recently, SubSensory has relocated to the basement club The Liquor Store, where the party has hosted an impressive array of first time PDX appearances and continues to push the techno envelope. Notable bookings include DVS1, Patrick Russell, Noncompliant, Sharlese Metcalf and Henning Baer, to name a few.

“We’ve seen a huge change in just how far we can push our crowd,” explains Jack. “When we started, we could hardly cross the 130 BPM mark. These days, people seem up for just about anything.” Jack has continued to push the boundaries of SubSensory by introducing more live acts, and with the label, is approaching the 100th release. 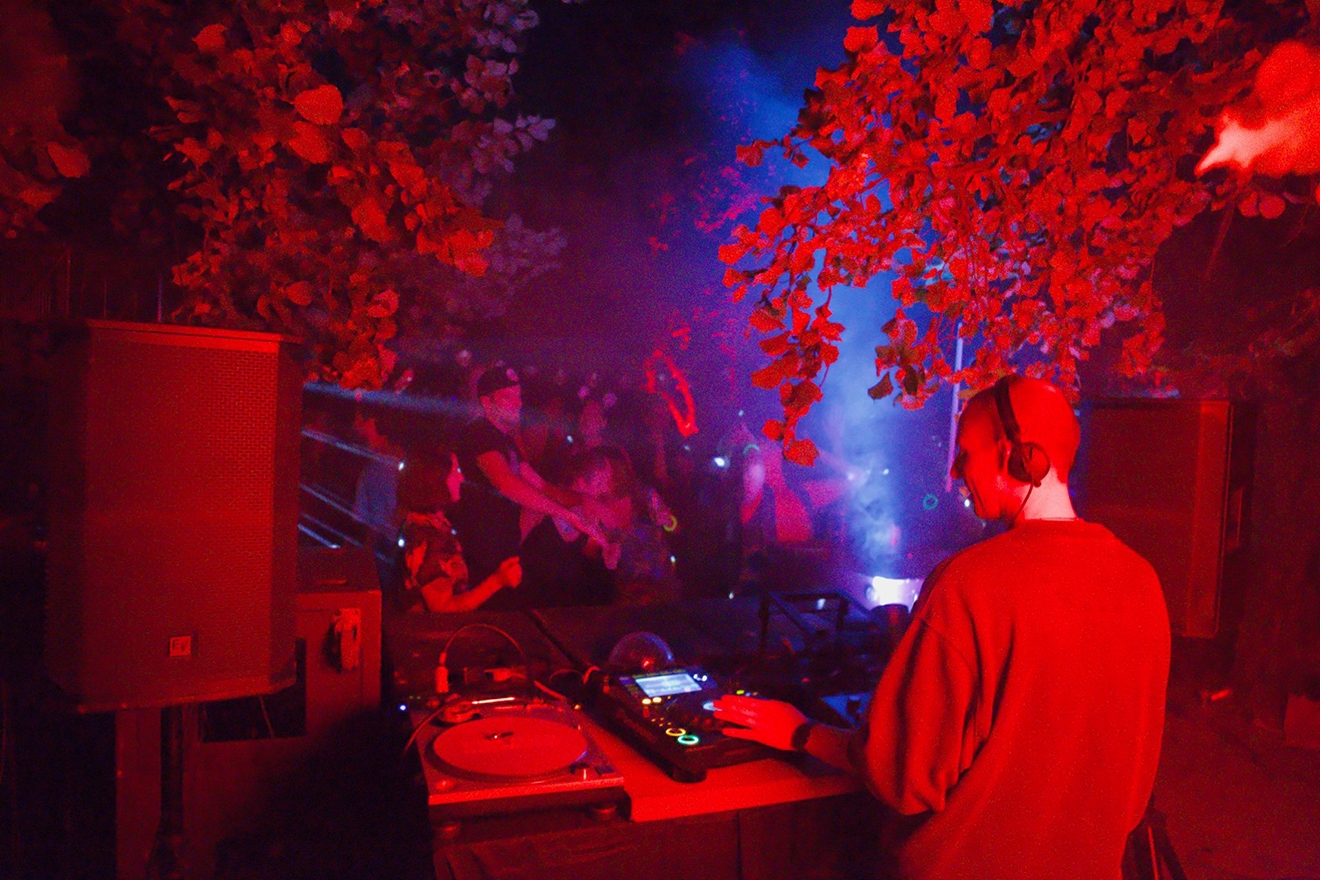 You'll know when you walk into an Occasion Vibration party. The telltale signs are a giant, red neon sign that reads "OV", a fog machine going so heavy that you're not sure where the DJ is and the guarantee of a good night ahead.

Across the past five years, Peter Marks and Spencer Miles have been putting on some of the most interesting shows in Portland consisting of warehouse parties with Massimiliano Pagliari, five hour Midland sets and even ultra secret apple orchard raves with Palm Trax.

After a fateful, inspiring trip to New York City, Spencer came together with Peter in hopes of creating something new, which explains why Occasion Vibration feels like a perfect mix of unique Portland underground with a touch of NYC rooftop glam. (Their slogan? One hell of a party, in Portland, Oregon.)

Recently, OV has been catching artists at the end of their tours who routinely report back that Portland has been a favorite city of theirs to play in, explaining that "they felt free to play whatever". 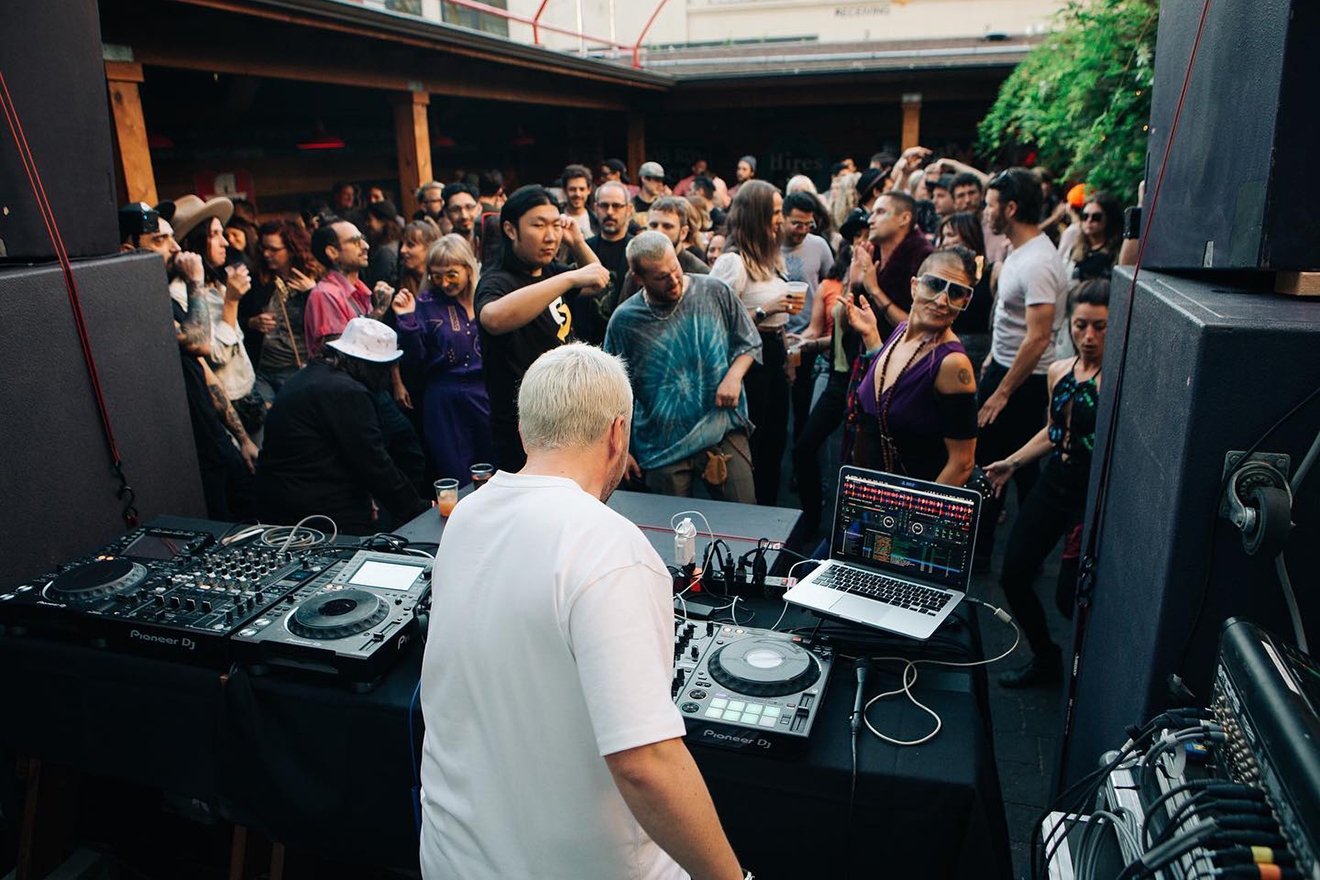 Bryce Lowell (PRSN) and Bryan Barisone (Barisone) have been well-known names on the West coast bass music scene for some years. As staple artists at Bass Coast, Shambhala and many other West coast festivals, it would only make sense they’d be the minds behind one of Portland’s favorite bass-driven parties.

Bryce and Bryan created a monthly event series in 2015 inside The Liquor Store, which opened its doors that same year. Inspired by the classic reggae tune 'Wake The Town', they created an open-format event rooted in hip-hop and reggae music, while showcasing other subgenres and styles that have spawned off those same roots. You’ll hear a little bit of everything in their events: from dubstep, jungle, drum 'n' bass to footwork.

“We like to look at parties from a DJ's perspective," they explain. "[We're] open to about anything, as long as it’s dancefloor driven.” They have brought artists like Madam X, Om Unit, Sam Binga, The Librarian, Anna Morgan, OAKK, Mina, Salva, Dodgr, Danny Corn (resident) and Deft to town through Wake The Town.

Additionally, the party has always had a strong relationship with British Columbia and its community, where events like Shambhala and Bass Coast take place. Wake The Town threw a showcase in Vancouver last year, expanding their reach into new territories.

You know those parties people always talk about, the ones that were "better back in the day"? Usually, they consisted of a dark basement, a good sound system, sweat dripping from the ceiling and of course, a serious talent at the decks. Luckily, for Portlanders, Spend The Night has been providing the community with just that for the past four years.

After wrapping up a five year run of a different show series in Portland, Ben Tactic teamed together with Jim Cooke (AKA Graintable) to bring something new to the city. They liked the idea of headliner driven events, with a residency crew upholding the party. “The main goal for throwing events is to give people a release from the tedium of their weekday life [and] create a sense of community," says Ben. I want to showcase artists that are pushing whatever they are doing - electro, gqom, whatever they’re doing - as long as they’re really pushing the envelope."

“We’re really proud of where Portland is at right now [and] the people who are involved," Ben continues. "There’s a lot of people doing really good work pushing music they believe in. It’s all important, especially in the face of dilution of dance music. We’re not booking based off metrics.” 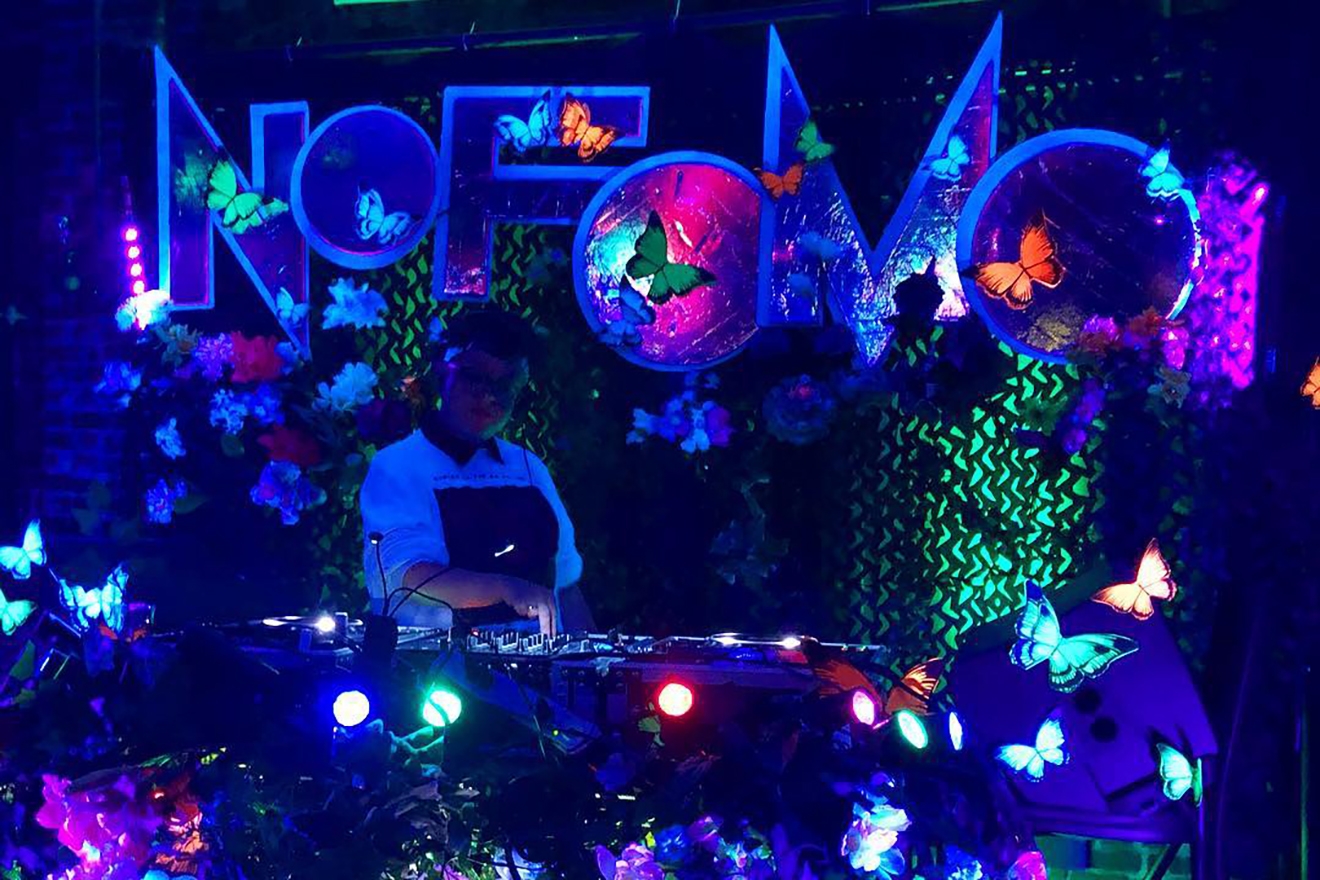 Despite - and perhaps maybe even because of - the often dire and hatred-driven state of the rest of the world, Portland's queer music scene is thriving. The city hosts ballroom vogue events, drag queen karaoke brunches and a vibrant Pride month that's well worth seeing.

One party in particular has been bringing cosmic queer house and techno to Portland over the past three years. NoFOMO is run by DJs Stormy Roxx, Sappho and David Silver (The Prey). All three had been running parties individually in the past, and noticed a void in their dance community. They conceptualized NoFOMO, an intimate queer dance experience that refused to be pigeonholed as simply just a queer party.

NoFOMO focuses on featuring local artists and takeovers, though they do occasionally invite out-of-town headliners for special events and occasions. Previous guests include Natasha Kmeto, M*J*R of SF, Carrie Morrison from SF, Keenan Orr and Outputmessage of DC. 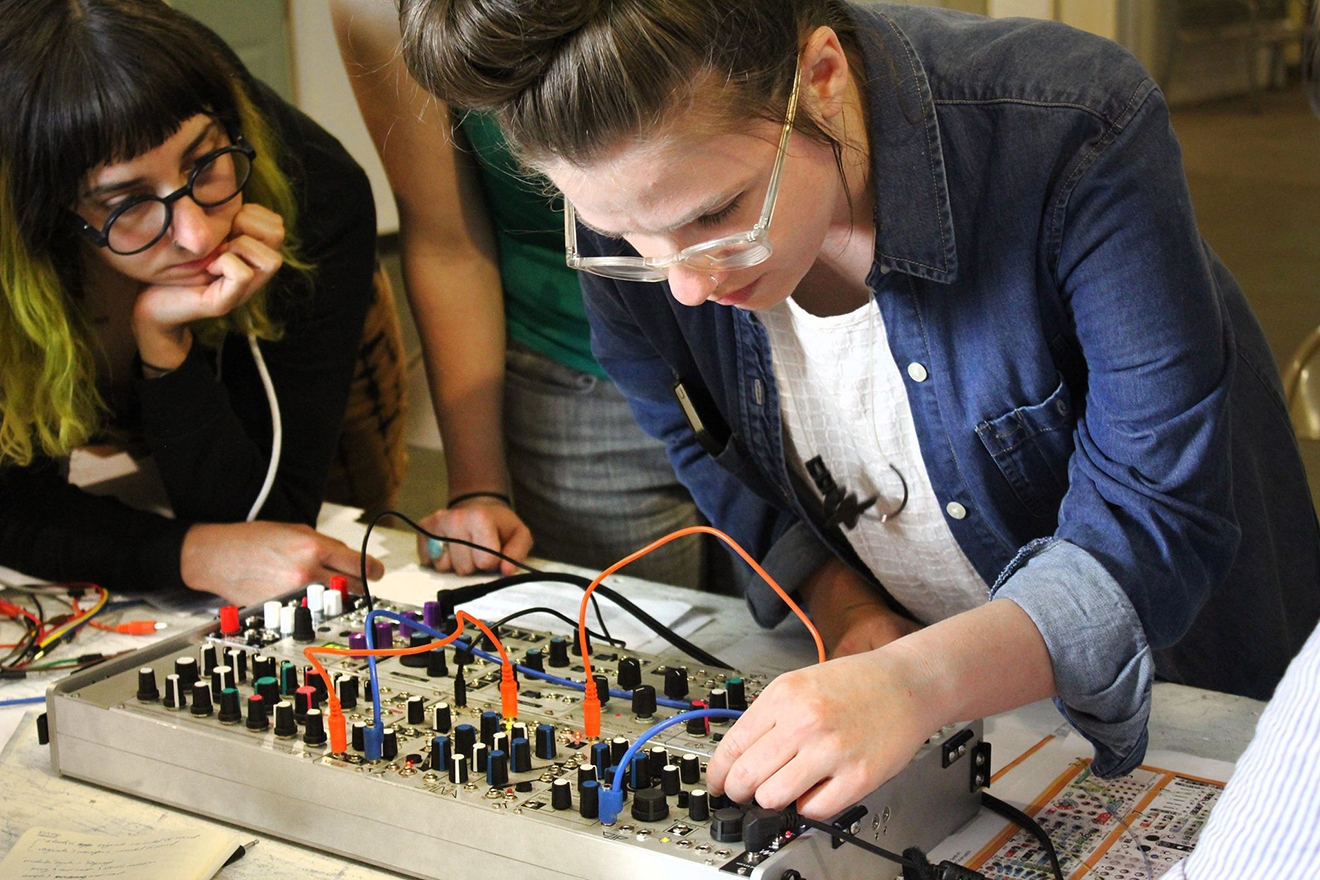 S1 is a non-profit, artist-run space started in 2014 by Felisha Ledesma, Alex Ian Smith, and Erik Carlson. It was created to present visual art, performance and education programming that is considered critical, responsive and accessible to the city of Portland.

S1 is a place for artists to explore and experiment, hosting a variety of workshops from experimental film to DIY synth builds. It's also home to the Synth Library, which focuses on electronic music education and empowering female-identifying and other marginalized groups, providing access to electronic music resources.

The space fights a tough balance between hosting shows due to the fact that it isn't a typical music venue, making tickets rare and elusive. However, despite their limited capacity, S1 has established itself as one of the premier after hours in town.

Sublimate started in 2014 in a small, 50-person capacity space. An entirely DIY operation, the crew brought all their own equipment and sound set-up and at one point, even had to rig a bass cabinet to act as a subwoofer.

Though the party moved around for the next few years following that debut, Sublimate knew they were onto something big. Now, they have found a monthly home at The Liquor Store, bringing in a solid string of drum 'n' bass, bass, dubstep and funk artists like Flava D, Ivy Lab, 6Blocks, Dr. Jeep and Anna Morgan.

"All the music we were into, no one was booking," explains Cody Heistand, one of the founders of Sublimate, who confirms that they love acts that push anywhere from 120-180 BPM. “Everything changed after we booked Alix Perez and Eprom’s collaborative project, Shades. We damn near sold the place out.” 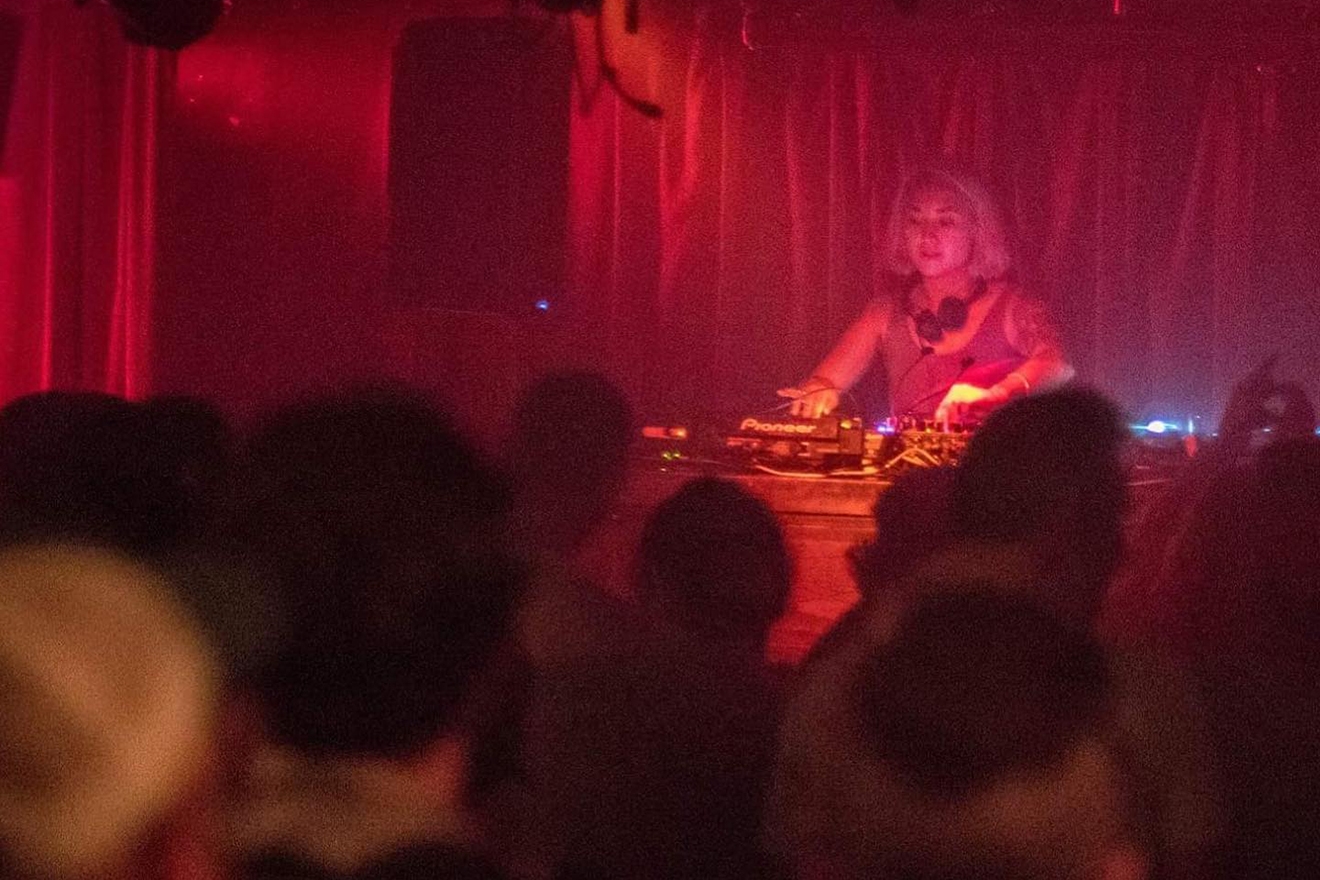 Robert Ginkgo and Andy Warren realized they were on to something with potential in 2013, when they seemed to be the only ones at Oregon's SOAK (the state's regional Burning Man event) playing house music all night.

"We wanted to establish trust as tastemakers," they say, outlining the early whisperings of what would eventually become Believe You Me. "[We wanted to] expose people to stuff they didn't know they'd like." Names like Axel Boman, Roman Flügel, Cassy, Eris Drew, Octo Octa, Eddie C, Kornél Kovacs, Baba Stiltz have all been brought to PDX by Believe You Me over the past four years.

Beyond excellent music taste, Believe You Me was also created to serve the community. "Our intention from the start was to be ultra inclusive and create events where everyone feels welcome and free to be themselves," the pair explain.

Following the Burning Man ethos, Believe You Me is a space for "holistic party animals". The crew hosts one-off events around town, including a favorite of Portland summertime called Your Sunday Best. Now, the crew looks to create larger-scale events and small festivals, already having great success with their first festival called Fête, held last summer.

Kelly Cramer is a freelance writer and a DJ based in Portland, Oregon who goes by &Roses.

Road Trippin': Through the roots and rise of the US West coast bass scene
How to make the most of a summer weekend in Montreal
How to see the best of Los Angeles' DIY music scene in 5 days