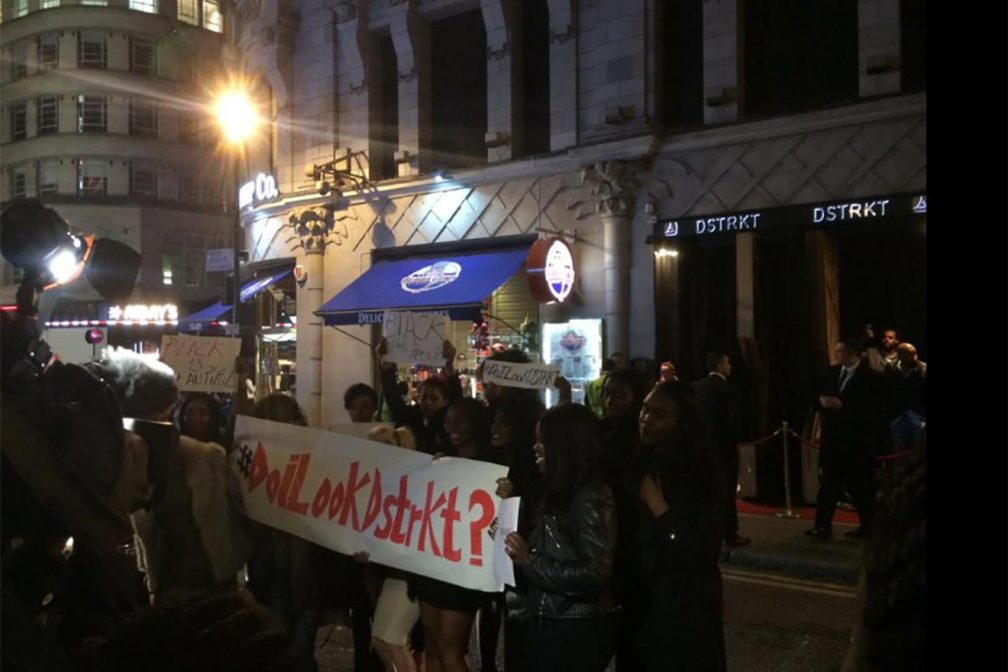 DSTRKT being accused of having a racist door policy

Glitzy London club DSTRKT landed in hot water in September 2015 after claims that its door staff had denied four women entry for being "too dark" and "too fat". The club denied it, of course, saying that the venue was fully booked. Cue a huge protest with chants of "racist scum" and the hashtag '#racistclub' on Twitter. The West London nightspot took another battering this year, becoming the subject of a lyrical uppercut by Stormzy who states "Fuck DSTRKT, fuck all these nightclubs and fuck giving money to all these people who don't like us" on his track 'First Things First'. Ouch.