The hordes of sun-seeking tourists that traditionally come to relax on the Croatian coast have in recent years been joined by an altogether different breed. Thousands of young, largely western European revellers now pack an ever-growing number of festivals each summer in Istria and Dalmatia. The unspoiled coastline, clear sea, wonderful weather and spectacular sunsets serve as such an impressive backdrop to the likes of the Unknown, Hideout and Garden festivals that Croatia is often fêted as the new Ibiza.

But few of those who jet in and out to attend these parties ever bother to stray far from the sea. Surrounded by like-minded souls, they rarely scratch the surface of Croatia, seldom socialise with the locals or venture inland.

With a population of a million people and lying over 150 km from the coast, Zagreb is a thoroughly modern capital, unrecognisable compared to the concrete Communist sprawl it was just over a decade ago. Underneath its newly built skyscrapers, it's a switched- on city playing catch-up to its western European peers. But while UK dancers bugged out to 'Exit Planet Dust', breakbeat rave and The Bucketheads in the mid-90s, the youth of Zagreb cowered as missiles rained down in the final year of what they call the Croatian War of Independence. The scars of the war can still be seen, not only in bombed-out ruins, but in the mind-set of the people. Extreme nationalism has reared its ugly head in this deeply Catholic and largely traditional patriarchal society, as it has done in so many former Communist bloc countries. Among those on the front line against it are the underground clubbers of Zagreb. 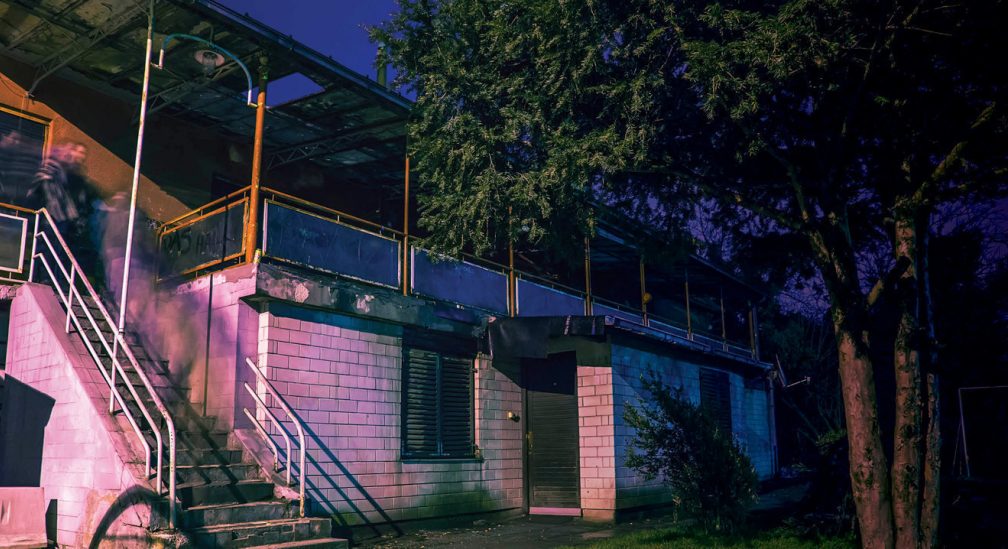 "I don't know why, but I always connect electronic music – especially underground music – with open-minded people," says 30-year-old clubber Ivana Parapluie from the safe confines of Das Haus, a nearly four-year-old party which, despite occurring only once every two months, is undoubtedly the city's best house and techno night. "Everybody who goes to Das Haus usually knows what to expect and what kind of behaviour is acceptable. If it does come as a surprise, it's usually a welcome one."

The venue lies 12 kilometres to the west of Zagreb, an hour's travelling time by public transport. Once a village, Zagreb's suburbs have encroached upon the area and it's now filled with industrial buildings. The house where the party takes place was built in the 1930s and is now such an anachronism that it's practically unsellable. On the nights when parties take place there are no neighbours to disturb: the dampened thud of its system's kick is the only sound echoing through the area, save for the occasional engine of a bus returning late to the nearby depot.

"It takes time and effort to get to Das Haus," says the evening's first DJ, Jakov Kolbas, a sound engineer by trade. "Downtown you're going to run into people who aren't there for the party, they're not there for the music. They're just there because they're there. Their presence can inhibit other people's behaviour. We don't have that problem all the way out here."

At the gated entrance there is no attention-grabbing queue, just two casually dressed security guards. Their simple greeting in Croatian causes vapour clouds in the chilly night air that hang longer than it takes to pass into the grounds.

The house itself looks like it could be a large holiday home in a state of ongoing and much needed repair. In the garden a swimming pool lies drained, its tiles matted by many seasons spent idle. Several impressive trees shame the unkempt lawn and overgrown bushes.

A set of stone steps lead up to a huge first-floor veranda that in warmer months is bustling with those temporarily escaping the dimly lit interior and its relentless soundsystem. But this is February. Four figures sit in the dark at the far end, huddled around a coffee table in coats big enough to brave the Antarctic.

Inside, the bar room is stocked with a surprisingly considered selection of quality alcohol, only its low cost reminding you that this is an ad-hoc rave vendor. You can feel the sound-system jabbing your innards, and just about make out dancers inside a space that looks like a small anteroom. Once inside, the full extent of the space is revealed. The DJ plays almost centrally on what could be the house's original breakfast bar, splitting the room, which is much greater in size beyond him. Further still is another large room filled with sofas and scuffed, low tables.

The toilet is the house's bathroom, complete with bath, only a shower curtain now separating the toilet from the rest of the room, offering privacy from the permanent throng of wasted natterers hanging out there.

The graffiti that adorns the walls is a mixture of the colourful, inventive and bizarre pieces curated by the party and spontaneous additions from the over-active minds of slogan-scrawling punters.

"I started making parties on the other side of the city in around 2008 with an event called Movement," says Das Haus organiser and resident DJ Brighton, an anglicised version of his Croatian name. "We invited DJs like Manuel Tur, Nick Curly, Stimming – people who are pretty big now, but weren't so much back then. They were really new, a fresh start for Zagreb. At the time a lot of people wouldn't go to the venue we held it at because the football fans went there and we have a problem with hooligans here in Croatia, but we went ahead with it anyway, trying to push a positive feeling, trying to bring people together. I guess I was pretty naive back then, because I was just a young kid who didn't know so good," he says, "but it worked. That place is probably the best regular club in town now."

Tonight's music is an 11-hour, all-vinyl marathon, house and techno without respite. Spiky yet reserved and unfamiliar acid tracks – nothing as brash as a Bam Bam or Trax cut – meld into chilly, Germanic epics that inhabit every inch of a clear, sizeable system that sounds every bit the destination they were designed for.