There was a time when you wouldn’t want to get on the wrong side of a drum ‘n’ bass label boss. You might have been thrown down a set of stairs. Or woken up in the middle of the night with an offer you couldn’t refuse.

But since setting up Critical Music in 2002, down to earth Londoner Kasra Mowlavi has basically rewritten the industry rule book. It’s his ability to spot and develop talent, keep his artists loyal and maintain obsessively high production values across a range of forward-thinking sounds (nothing cheesy) that’s seen Critical take its place at the top table alongside original inspirations Metalheadz and contemporaries like Shogun and Exit. As beatmaker and all-round badass Sam Binga sees it, “Kas is incredibly supportive of the music we all make, and then there’s the stuff people don't see, like accurate statements being sent and [artists getting] paid on time.”

In the process, Kasra’s created a broad church: neurofunk specialists Mefjus and Emperor, with their obsessive pursuit for technical supremacy akin to Noisia and Phace, sit alongside Ivy Lab’s futuristic experimentation into halftime beats and bass that make you go “oooof”. And Critical has already racked up 100 releases, not bad for a label that’s essentially “music that I like,” says the understated bossman, as he looks out at the dreamy cobalt blue Adriatic sea during this year’s Outlook Festival.

He’s not alone in liking Critical’s music. The label pulls massive crowds from London’s fabric to the Let It Roll festival, a sci-fi d’n’b fantasyland in the Czech Republic. Standing under a pregnant moon, surrounded by uplit trees and skanking ravers at Outlook’s Critical stage, the dedication to the label is clear: a blogger enthusiastically explains that he’s travelled from Toronto; a Belgian guy gasses about Critical shows at Star Warz in Ghent; and a raver in a cardboard box (nationality unknown) dances appreciatively as Kasra drops Enei’s infectious, rolling earworm ‘The Process’. 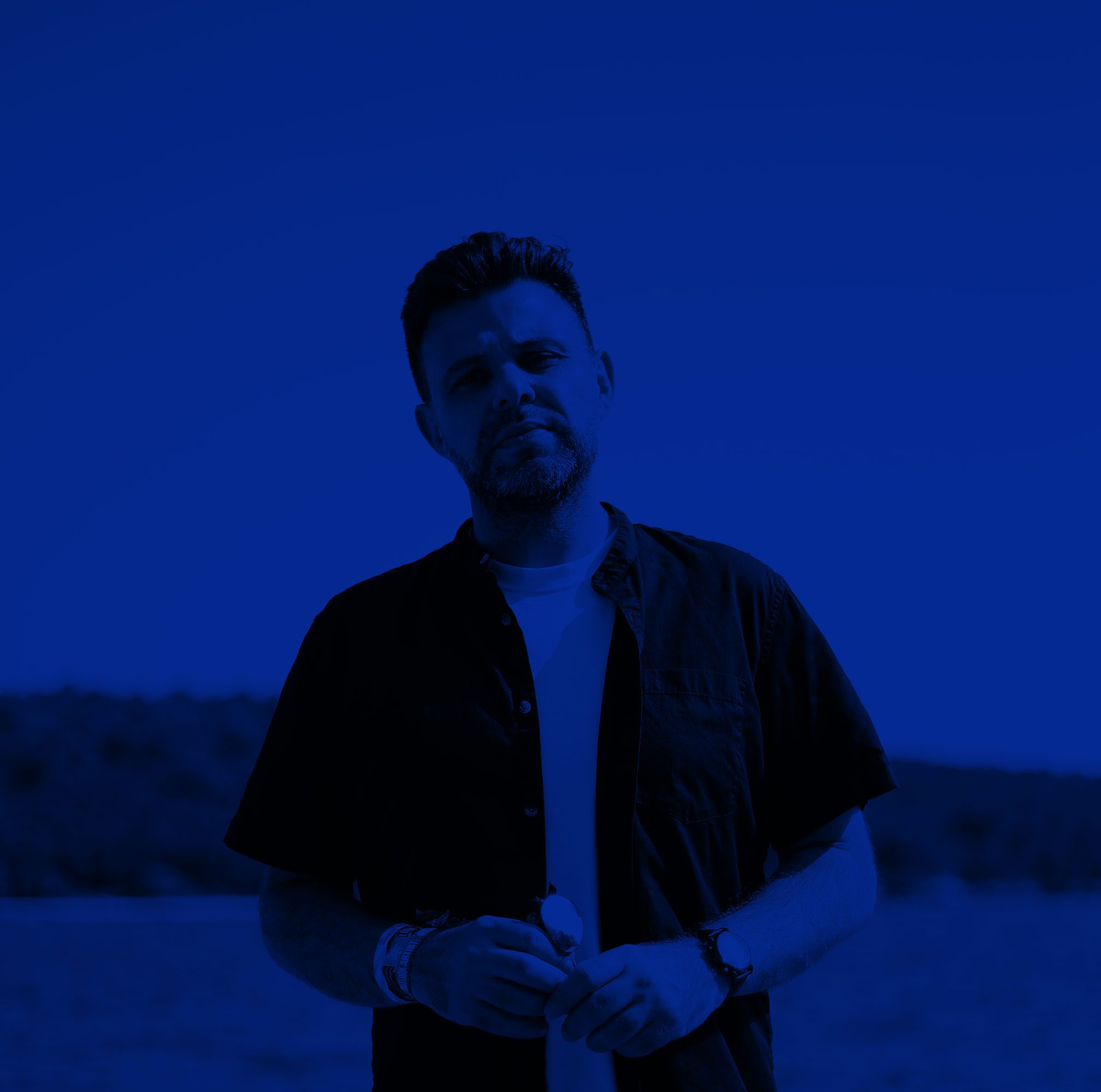 It wasn’t always this way. Imagine a time before Facebook and selfie sticks, a time when everyone had a friend called Tom on MySpace, a time when the Dogs On Acid forum was one of the busiest on the planet.

It’s in this post-millennium, pre-social media age that Kasra launched Critical Recordings (it changed to Critical Music later). Early releases didn’t quite set the world on fire but those with their ear to the ground knew something was brewing: the label had a polished design and a steady flow of tracks showed Critical had its shit together.

Like Hospital Records, where Chris Goss and Tony Coleman had previous in the music biz, Kasra had also been busy behind the scenes. “I’d been in artist management for the likes of Arcade Fire, Pete Doherty and The Strokes for a few years by then,” he reflects. “I was trained in how to put music out, so I wanted to apply some of those processes to an underground label. It was important to me that we did things properly.”

If people weren’t paying attention before, they were by the time Calibre’s ‘Rockafella’ came out. “That was a watershed moment for the label, really. We were nine releases in and the people so far weren’t exactly household names. Dom [Calibre] was really flying then. It put us on the map.”

A who’s who of production talent followed: Break, Breakage, Lomax and Icicle signed up; tracks like ‘Alibi’ by Spectrasoul and Bungle’s ‘Too Late’ (“the first thing we licensed to a ‘Nightlife’ CD”) brought them new admirers. Critical was on its way.

By 2011 the label had cemented its reputation for showcasing new artists. Rockwell - with ‘Underpass’, a track that still sounds like the future - and Stray both made their debuts on Critical, but a youngster called Enei from St Petersburg was to prove particularly pivotal.

“Things really changed when we started with Enei. He was the first relatively unknown artist who we spent two years developing for his debut album. It made me think: we can do this.” 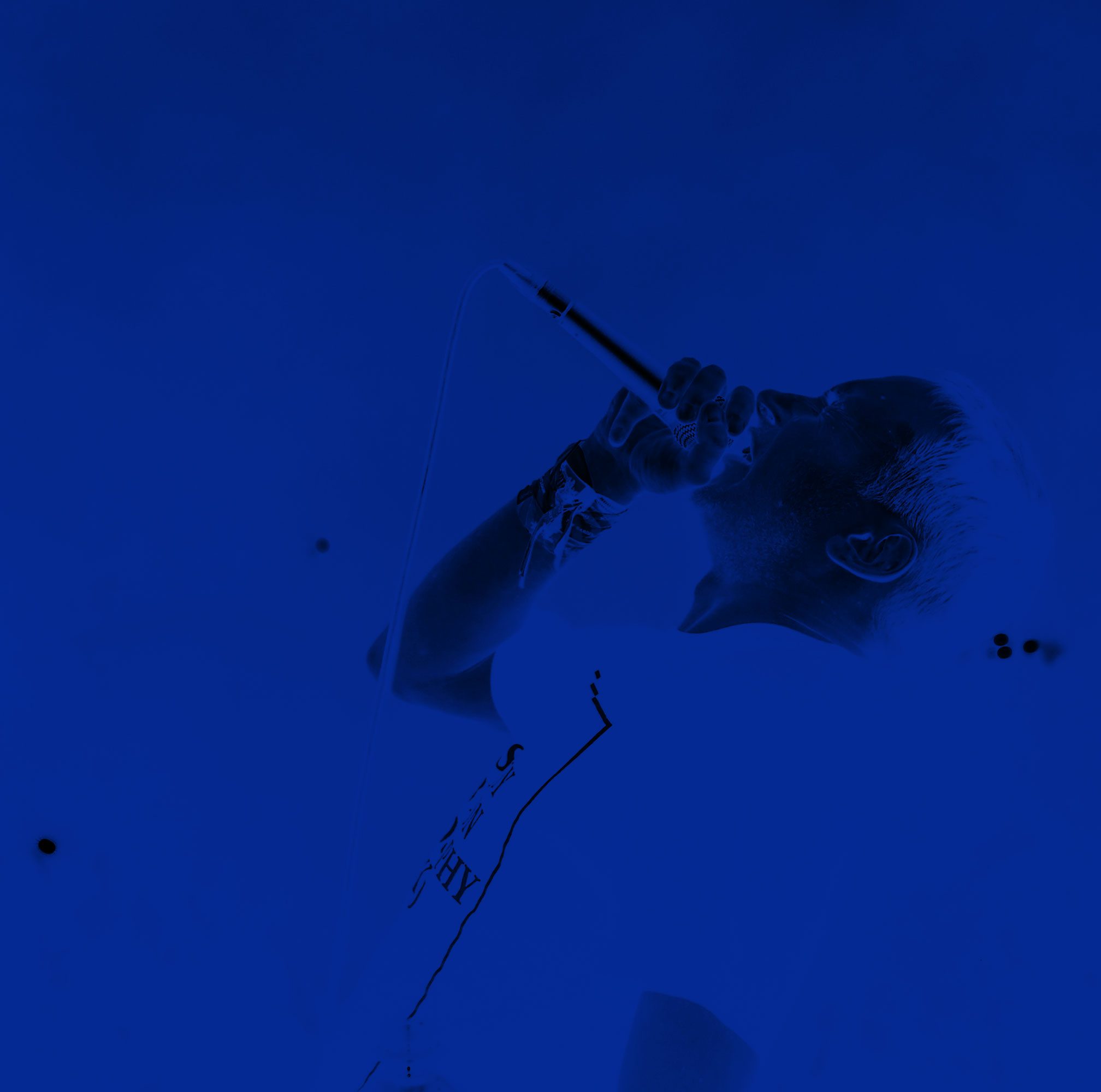 Enei’s ascent undoubtedly led to other up-and-coming artists gravitating towards the label. Austria’s Mefjus and the UK’s Emperor followed, two super-talented darkside soundscapers with a dramatic, cinematic quality that Hans Zimmer would be proud of.

And despite Rockwell moving over to Shogun, most of the current roster has a long-standing association. Sabre, one third of beat scientists Ivy Lab (with Stray and Halogenix), goes back even further. “I’ve known Gove [Sabre] for nearly the whole time I’ve been running the label,” Kasra says.

“I love their music,” he continues, contemplating Ivy Lab’s rise to become one of the most exciting acts making beats today, “so when they come with the halftime curveballs, or the liquid stuff, it’s a natural thing to want to work with them.”

The mutual respect between Kasra and his artists is on display at their Outlook boat party. It sets sail from a rocky harbour, down a dusty track from an abandoned fortress. Dazzling rays beam overhead as the artists hang out and drink tins of rum 'n' coke behind the decks, while the ravers, many decked out in Critical and 20/20 tees (Ivy Lab’s label and club night), get wavey. Kasra looks like a content man as he goes back-to-back with one of his latest proteges, Rotterdam’s Signal, who makes beats like a veteran but is only just old enough to get into clubs.

Afterwards, as everyone staggers back up the hill, an excitable fan shouts, “Emperor and Enei was the best set I’ve ever seen!” But it’s the sounds of Ivy Lab and Sam Binga that leave the biggest impression; their set effortlessly bounced between 80 and 160 BPM, cutting and splicing through junglist vibrations, snippets of Dirty South vocals, stuttering snares, wonky and utterly infectious beats and bleeps, and bassline pressure so weighty it leaves you gasping for air.

Their importance is not lost on Kasra: “We are predominantly a drum ‘n’ bass label but that doesn’t mean it all has to be. I would struggle to run a label if I was putting out the same music every month; it would be boring.”

A couple of weeks later we’re back in London, N15 to be precise, on an industrial estate. Croatia is lovely and that, but this is more familiar territory for UK drum ‘n’ bass heads. As a JCB claws its way through grimy mattresses and urban detritus across the road, there’s a hive of activity at Ten 87 studios, a complex that’s home to the likes of Kasra and Alix Perez.

In a unit where Ivy Lab and Foreign Beggars have been cooking up future beats (using Sriracha hot sauce as a secret ingredient, by the looks of it), Kasra picks up the thread about the label’s sound. “There’s talk that we’re just a neurofunk label, but I think we’re one of the most diverse labels out there,” he says with just a faint sense of frustration in his voice. 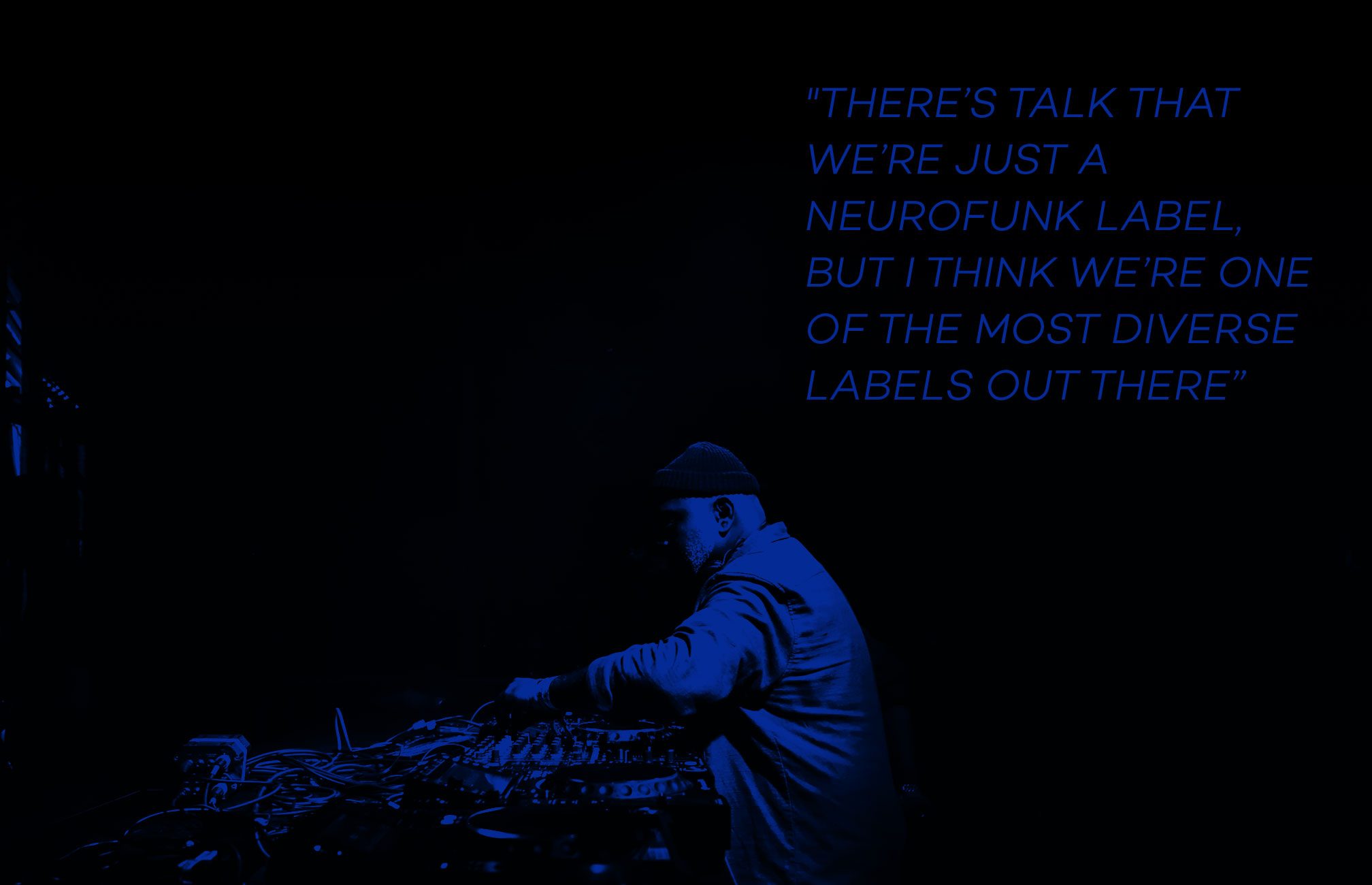 He’s got a point. There’s no doubt the label does rep that sound in a big way, and Mefjus, who is mixing the forthcoming Fabriclive 95, has become a star in that world, but Critical deserves better than to be pigeon holed. In any case what’s coming up is the perfect response. Sam Binga and Rider Shafique’s ‘Champion’ EP is a futuristic dancehall release – and it’s fucking great that a d’n’b label is confident enough to put it out.

“I listened to it and wasn’t sure whether it was right for the label,” Kasra reflects, “and then I saw there’s a bigger picture. I’m a big fan of putting out records that people might not expect.”

When Kasra set up Critical 15 years ago it was unheard of for a drum ‘n’ bass label to put out a dancehall record. This openness to outside influences and unshackling from the confines of tempo means Critical – and, as a result, drum ‘n’ bass - is in a very healthy place.

“A lot of people regularly write drum ‘n’ bass off as being ‘that stuff that was popular in the late ‘90s’, so it’s inspiring to see we’re being given the opportunity to play on stages to tens of thousands of people this year. A lot of the music scene is based on hype and fads. For the most part, I’ve never known drum ‘n’ bass to be cool. That’s fine. We just get on with it. The people who love it, really love it.”