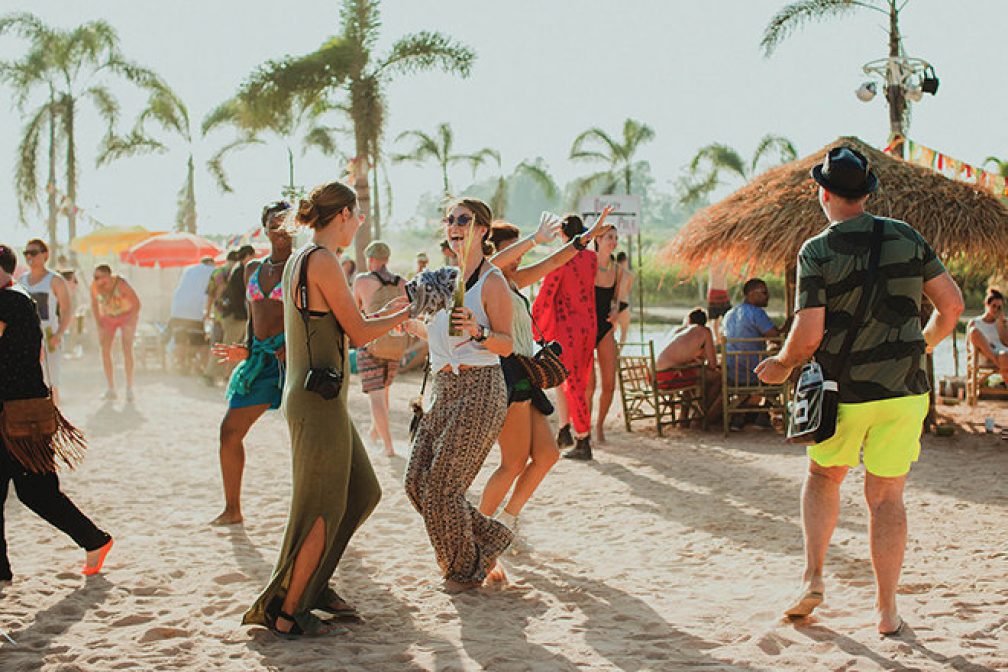 Though many festivals make significant efforts to reduce their carbon footprint, there are some that go one step further by promising to go carbon neutral. Thailand's Wonderfruit festival has gone even further by pledging to make a net positive ecological impact. The festival has invested in the Rimba Raya Biodiversity Reserve in Indonesia and is a founding member of the National Capital Alliance – an organization which pairs “eco heroes” with capital to help protect endangered forests.

These eco heroes include pioneers like Todd Lemons, whose deforestation accounting methodology was adapted by the UN-supported program REDD+, and who helped prevent the deforestation about the size of Singapore in the aforementioned Rimba Raya reserve.

Last year, before 1,000,000+ Facebook users checked in to Standing Rock, Symbiosis and Do Lab (organizers behind Lightning in a Bottle) teamed up to support Standing Rock’s fight against the Dakota Access Pipeline. The two organizations collected surplus supplies from Symbiosis festival-goers and other critically needed donations that were dropped off at Do Lab’s Los Angeles warehouse, and then trucked the goods over to Standing Rock.

In 2014, Do Lab put out a notice that did not ban headdresses, but sent a very explicit message that wearing headdresses “means being a walking representative of 500+ years of colonialism and racism.” Festivals such as Bass Coast, Osheaga, and others have outright banned headdresses. Prohibiting headdresses and making donations won’t erase a legacy of the colonialism and racism, but by creating dedicated hubs for supporting and learning about First Nations, and partnering with organizations like the Indigenous Environmental Alliance, and including indigenous talent in their rosters, festivals are taking steps toward recognizing the culture and rights of the native peoples whose lands the festival organizers are often indebted to.