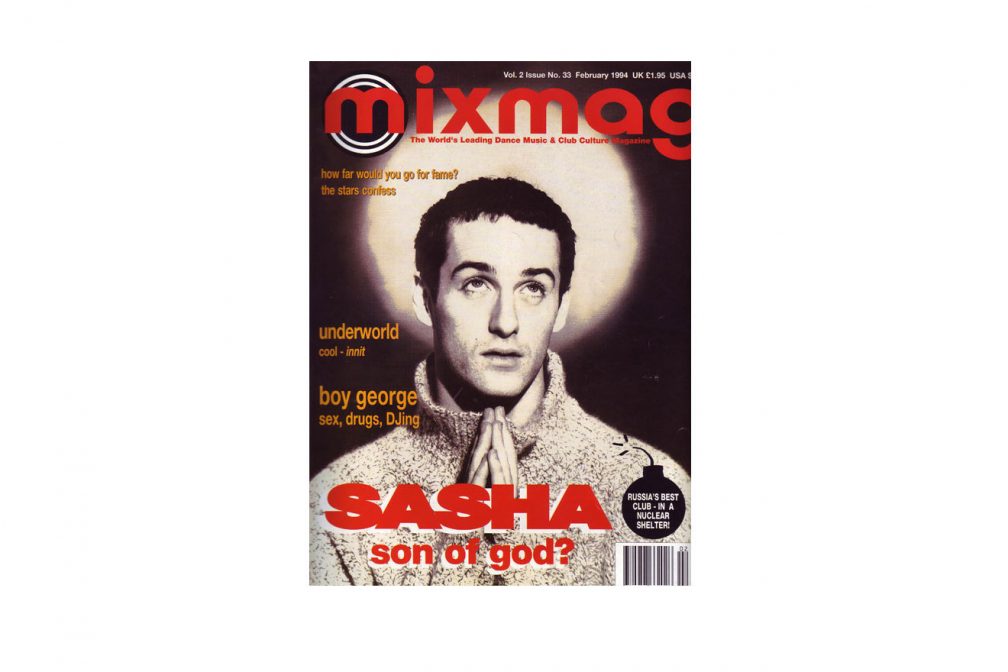 Sorry Sasha, we know you didn't like being called this at the time, but we've just gotta get it in. It's a Mixmag cover that's gone down in history, after all. Cover number two for Sasha hit shelves in Feb' 1994 and had us asking that all important question: is he the Son of God? Ridiculous, yes, but the DJ sets he was delivering at the time were worthy of him being praised in the way of such a mighty figure. It was also around this time his elation-fuelled debut single 'Higher Ground' was wooing clubbers after years of remixes. "I just hate having my picture taken" were his words during the cover shoot. Still, the photographer managed to get a now classic shot years before the praying hands emoji littered WhatsApp conversations. DT