Hiring a super fan to direct one of his music videos

Chris Cunningham may be responsible for two of Aphex Twin’s most iconic videos but that didn’t stop James putting his faith in the hands of a 12-year-old for his most recent single. Ryan Wyer had his wish come true when James and Warp Records asked him to make the official video for ‘CIRKLON3 [Колхозная mix]’. Ryan, who is visually-impaired and autistic, caught the eye of James with his own homemade videos for Aphex Twin tracks and was given free reign to make what he wanted to for the track. 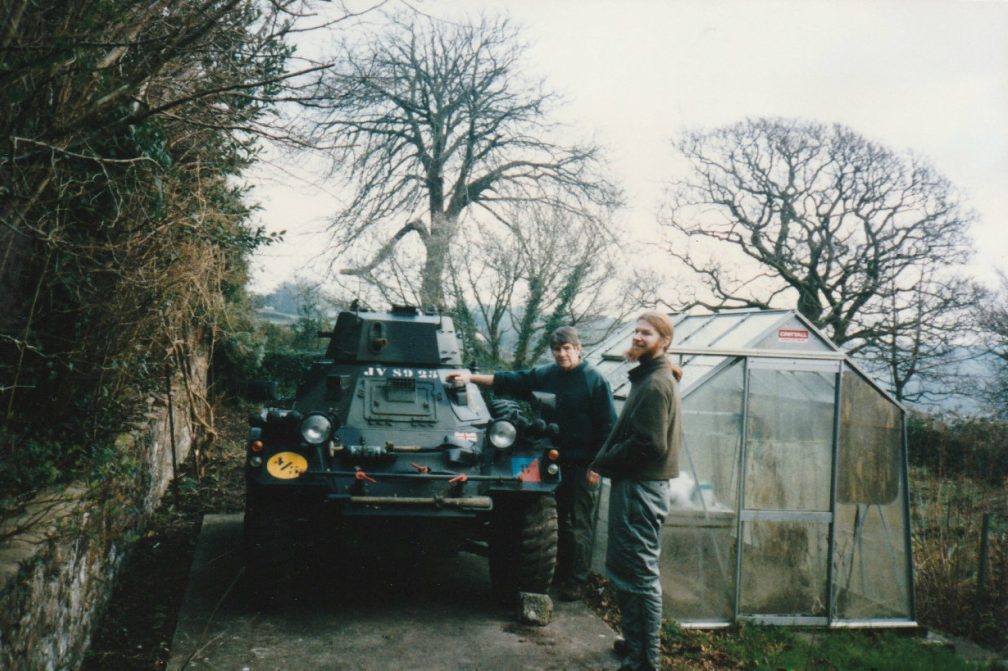 For a long time people thought James had bought a tank but, just to be clear, it’s actually a Daimler Ferret Mark 3 Armoured Scout Car. Acquired in a “shady” deal that involved swapping some “things” with “a guy he knew from Cornwall”, the vehicle was made for the British army and came with a mounted machine gun. Being in it is like being in a “womb…with a gun” apparently.