At various points in her life, Helena Hauff has studied fine art, physics and systematic music science. If this mix suggests to you a DJ and producer with an ability to balance every technical intricacy with a moment of pure, unbridled chaos, then you’d be right. And you’d be hard-pressed to find a more explicit match than Hamburg’s Helena Hauff.

After initially holding a residency at Hamburg’s Golden Pudel, where she learnt to command an intimate club environment, she asserted her place on the wider landscape of dance music with 2013’s Actio Reactio EP: her debut record, released via Actress’ Werkdiscs. It bore all the hallmarks of unfettered new talent; its cross-contamination of electro, techno and EBM barely contained by the floodgates of her dancefloor sensibility.

Since, her profile has skyrocketed. Stellar release upon stellar release has been unveiled via some of the most taste-making labels operating today, including PAN, Dark Entries, Handmade Birds and a graduation to Werkdiscs’ parent label Ninja Tune for second album Qualm. Predictably, then, her DJ sets are not for the faint of heart. Preferring the sprint of a short mix over jogging an 8-hour marathon, expect each session to manifest as an onslaught of groove-laced noise, electro and EBM, as resistant to trend as it is criticism.

In August 2018, Mixmag reported that Hauff once had anxieties about reaching the level of success she currently enjoys, with a Radio 1 Essential Mix under her belt, and consistent acclaim for her every track. She was worried that she’d no longer be able to play the sweatbox parties she holds dear. To combat this fear, she’s learnt to transform any party of any size into that exact environment in which she thrives. 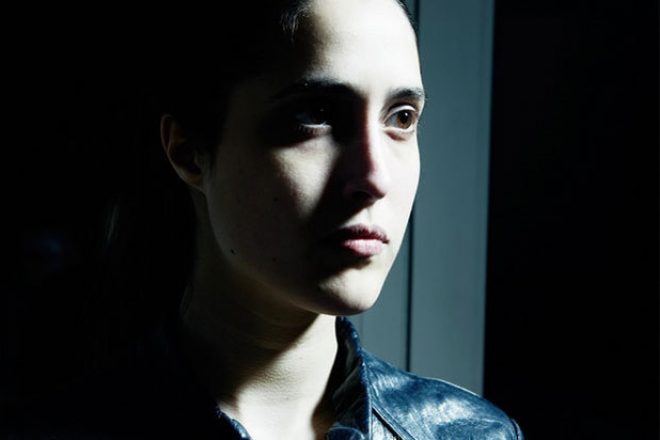 Helena Hauff is 'Living With Ants' on her new EP

Out on September 9 on her label Return To Disorder