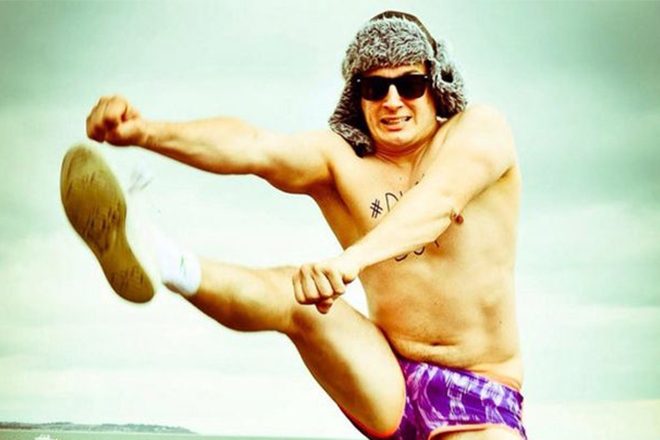 YouTube prankster Discoboy has been convicted of assault following an incident in September of 2018 where he led a group of people into a supermarket for an impromptu rave.

The 34-year-old social media sensation - whose real name is Lee Marshall - has hundreds of thousands of Facebook followers and subscribers on his YouTube channel. Known for parading his mobile disco set up in public places, Marshall took a group of eight people dressed in wigs, shorts and bright clothing into an Asda supermarket in Portsmouth to begin his "rave."

The incident, which was supposed to be a fun and lighthearted affair, turned sour quickly after security rushed Marshall and his cohorts and proceeded to kick them out of the supermarket. Cops arrived on the scene and arrested Marshall for "assaulting the night manager."

This is the second time that Discoboy has been charged with assault. The first incident was back in 2016 after he allegedly slapped a rival online joker at a train station.

Marshall has been ordered to pay a fine of £1,000. When speaking to The News, Portsmouth, Marshall said: "He’s never getting £1,000 out me ever - I’d rather go to prison." Marshall is currently appealing the case.

Footage Marshall uploaded shows the group that's with him shouting about 'allegations' directed at one worker being punched in the face. Challenging that, one from the group shouts: "It's all on video."

The video of the incident, titled ‘Discoboy meets the most angry supermarket security ever *he went mental*’, has been watched over 380,000 times. Check it out below.

[via: The News, Portsmouth]

We talked to the people who went to the greatest festival of all time
EU drugs agency say there has been an "uberisation" of the cocaine trade
DM for beats: 15 of the best producers on Instagram