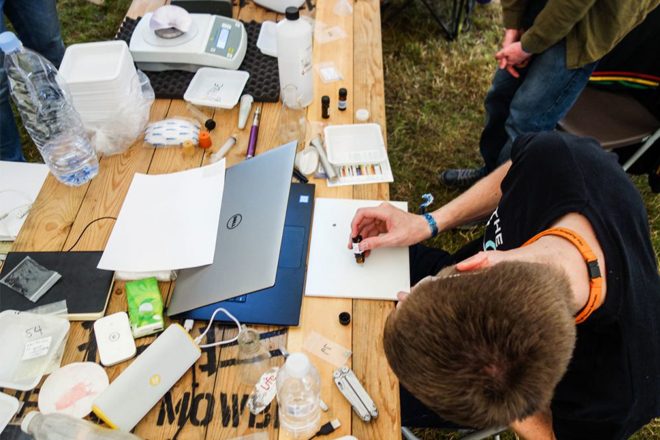 The scheme has police and council support, and people are able to anonymously test the strength and quality of drugs at the pop-up lab without fear of prosecution.

As well as being able to test drugs, users are given 15 minutes of drug counselling and information about drug safety at the facility helped by charity The Loop.

2,593 deaths related to drug misuses were recorded in England and Wales in 2016, a rise of the 2015 figure of 2,299. Avon and Somerset Police say that “it’s time to try new things” following years of ineffectual tactics.

Inspector Martin Rowland praised the counseling, saying: "The real benefit for us is that they also get 15 to 20 minutes with a drugs worker who will talk to them about the impact of drugs.

"Maybe they'll go away from that not just having had their drugs tested but come away with a bit of advice and think actually I'm not going to do this kind of behaviour anymore."

Boomtown is one festival where the scheme was piloted in 2017, and in that year the event recorded a 25 per cent reduction in medical incidents linked to drug use.

50 per cent of people also said they would reconsider their drug taking after testing their drugs, and 20 per cent decided not to take them.

However, the scheme is not being met with universal acceptance.

Mosca Burns lost her daughter Joana after she died from taking MDMA, and criticised the facility for decriminalising party drugs.

She said: "(It creates) a false sense of security I think. It would give you licence to take it because you think its okay.

"Plus I do think the fact that there's drug testing stations kind of legitimises it and makes you feel its okay, its not right."

Two other cities are planning to follow Bristol’s example and introduce drugs testing labs in the near future.