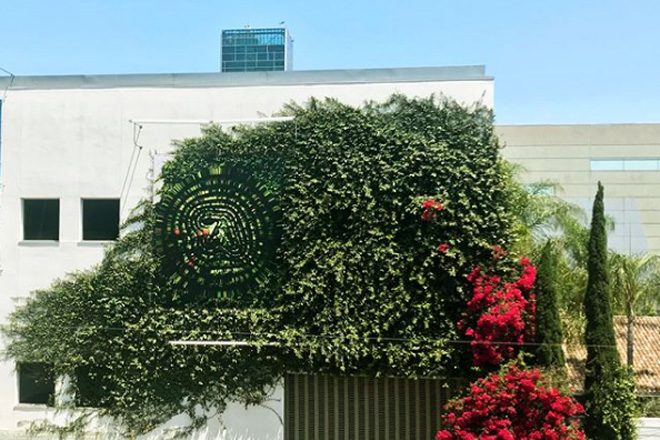 Aphex Twin is definitely teasing something, as a third logo has cropped up.

The latest one is on the front of Amoeba Records in Hollywood, spotted by Instagram user Perfect Circuit Audio.

The hype began building on Monday when a logo was spotted at London's Elephant and Castle Underground station and increased when another was snapped in Turin.

Warp Records has confirmed that the logos are legit and part of a campaign from the artist.

It won't be the first time he has teased music with his recognisable symbol. He flew a blimp over London to preview the upcoming release of 2014 album 'Syro'.