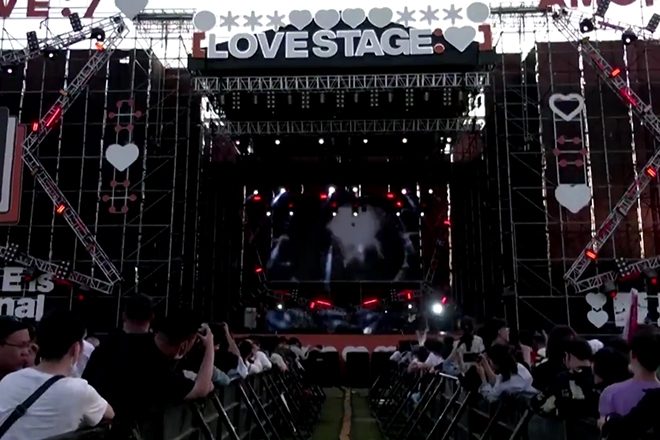 More than a year since the first reported discovery of COVID-19 in Wuhan, China, a festival has now taken place just a stone's throw away with 11,000 attendees.

The festival moved online in 2020 due to continuing restrictions, despite China’s quick recovery at the beginning of the pandemic. Since the outbreak was first reported in Wuhan at the beginning of last year, the city has become almost entirely infection-free.

Now, only 10 to 15 people a day are testing positive for coronavirus in mainland China, with a total of just over 100,000 cases reported in the country since the beginning of the pandemic.

The music festival enforced barriers and special security to restrict big groups from forming, although attendees did not have to wear masks.

A representative for the festival told Reuters that numbers were being restricted this year, previously hosting thousands more in the years that it has been running.

Read this next: Can China's underground club culture survive the country's rise in state surveillance and control?

Reuters spoke to a festival attendee, Gao Yuchen, who said: “It has not been easy to get to where we are today. People here have put in huge efforts and paid a big price, so I feel very excited to be here.”

Other Strawberry Music Festival events are due to begin soon in other parts of China, including Beijing.

On the day before the event began, China carried out around 11.6 million vaccinations, bringing the total amount to 265 million across the country according to China’s National Health Commission.

See footage via Reuters below.

Thousands of revelers attended the Wuhan Strawberry Music Festival, one of China's largest music gatherings, as the city where COVID-19 was first identified learns again how to party https://t.co/OcSkdDEw5O pic.twitter.com/9jyGt126FE