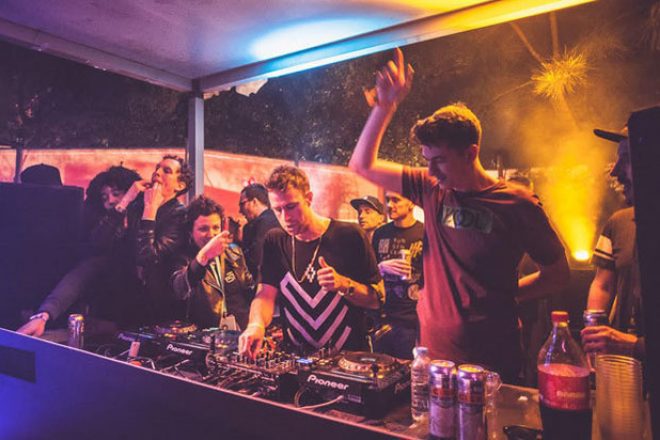 These are the five things we learned from heading to Malta for Annie Mac's debut Lost & Found festival.

The site was right on the night

A short jaunt in land by shuttle bus or taxi from the coastal scene of the daily beach parties, the Lost & Found festival site was a compact collection of four distinct arenas: outdoor stages the Palace, the Pyramid and the Tropicana, plus one indoor area/sweatbox, the Factory. Small enough to be easily manageable but with enough variety to keep it interesting over three successive nights, it was an inspired choice of venue. The fact that the site is a 'craft village' the rest of the year, packed with glass blowers, potters and jewellery makers, only made its transformation more remarkable.

After a rash of recent weekenders and festivals where guys vastly outnumbered girls, Lost & Found was notable for the balance in the good natured, friendly crowd – and an accompanying lack of lairiness. Whether having the UK's most prominent female DJ as the party's figurehead was the reason is hard to say – but certainly the crowd showed the breadth of Annie's appeal with what seemed like every corner of the UK and Ireland represented. The DJ also put a fair shift in, not only playing several sets (including her boat party in a bathrobe, which saw her reading out a marriage proposal) but taking time to wander the site posing for about 2500 selfies and making people feel welcome.

The reggae legend's banter and mixture of chilled-out dubs and killer party jams was the ideal soundtrack to Saturday's beach party at Café Del Mar (the Maltese one). As the weather heated up on the terrace and he began his set with Bob Marley's 'Sun Is Shining', there was no better place to be.

Kurupt FM's DJ Steve was the style icon of the festival

Next year, the socks and sandals look will be the one. Trust.


Skream and Artwork were everywhere

On a bill that bulged with Mixmag cover stars (from Heidi to MK to Jamie Jones to Carl Craig to Kaytranada to Tiga) there were standout sets all over the place, from an EZ masterclass to Oneman cementing his place as one of the most entertaining DJs around (and dropping three Streets tracks). But it was Skream and Artwork who, along with Annie, seemed to set the tone. The duo seemed to play about half a dozen sets over the weekend at various venues, but far from their ubiquity getting boring, their inexhaustible energy (and stack of tunes) was one of the engines that drove the festival on. The pair's ménage a trios with Jackmaster on Friday night, which climaxed with Skream dropping the Hot 8 Brass Band's 'Sexual Healing' was perhaps the set of the entire weekend.