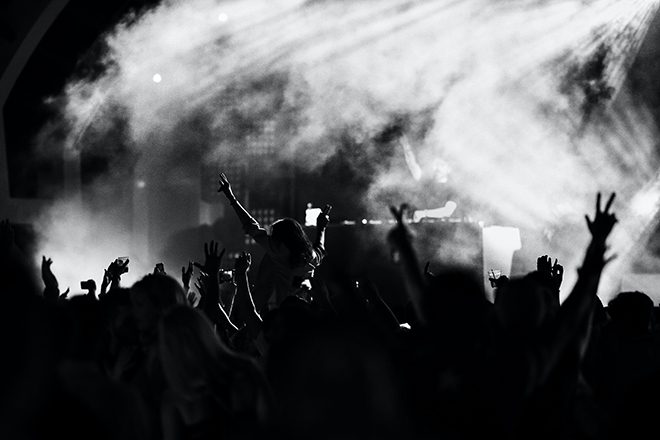 The UK government’s roadmap to reopening the economy plans to allow nightclubs and festivals to reopen with no social contact restrictions from June 21.

Ahead of that, there will be a gradual easing of lockdown restrictions staged over time, with allowaances for things such as outdoor events and limited numbers of different households mixing.

Read this next: Undercover police set to patrol nightclubs and bars to protect women

Unfortunately across the pandemic, some of the UK’s nightclubs have closed down, unable to overcome issues such as the lack of income and insufficient government support for the industry.

However many are still going and have begun announcing their reopening plans.

In the guide below, we’ll keep track of what nightclubs are planning to reopen this year, and the opening events they have planned. We’ll keep updating this when news information arises.

The opening event is hosted by resident Motion DJs Ellis Robers and Sonic going back-to-back for a set of house, techno and disco selection, with tickets on sale now priced at £11 a head and sold in tables of four and six.

Leeds’ Beaver Works will throw outdoor marquee parties, starting on April 15 curated by Mixtape and Just A Little and running from 9pm to 2am with “house, garage, DNB & Mixtape Classics until the early hours” promises. Get tickets here.

London’s Costa del Tottenham is re-opening its outdoor terrace from April 16 with parties across each day of that weekend, and then every Friday and Saturday. DJs set to play on May 14 include Addison Groove and Tash LC. Get tickets here.

Leeds promoters System are wasting no time for the return of clubbing, throwing an event that opens at 00:01 on Monday June 21 at Mint Warehouse. A day and night terrace party will follow, starting at 3pm on June 21 and running to 6am on June 22. Tickets have sold out, but you can join the waiting list here and here.

Leeds’ HiFi club also reopens on Monday, June 21, for a club night, and Beaver Works is planning to hold Bobby’s Disco Festival on June 22. The Old Red Bus Station reopens for clubbing with License To Jungle on Friday, June 25.

London club fabric has announced a 42-hour reopening weekend due to take place across June 25 to June 27. No names have been announced for the line-up yet but format looks set to be similar to fabric's legendary annual weekend-long birthday celebrations. Tickets have sold out.

London club The Cause will reopen with a two day party taking place on June 25 and 26. Tickets can be found here.

Other London clubs and promoters announced to be hosting opening weekend parties include: Ministry of Sound; Half Baked at Studio 9294; Origins hosting Shanti Celeste at Night Tales; SC&P bringing lvan Smagghe, ELLES, Broken English club and more to play The Waiting Room across June 25 and June 26; 10 Years of Flexout at The Steel Yard; and E1 is teasing announcements coming soon.

Liverpool’s 24 Kitchen Street is planning a reopening party on June 21.

Birmingham spots reopening from June 25 include Lab11, Leftfoot at the Hare and Hounds and Amelie Lens playing The Mill Digbeth.

Printworks has announced a mammoth reopening weekend, in which the club will go "back to basics" for three parties on September 17, 18 and 19.