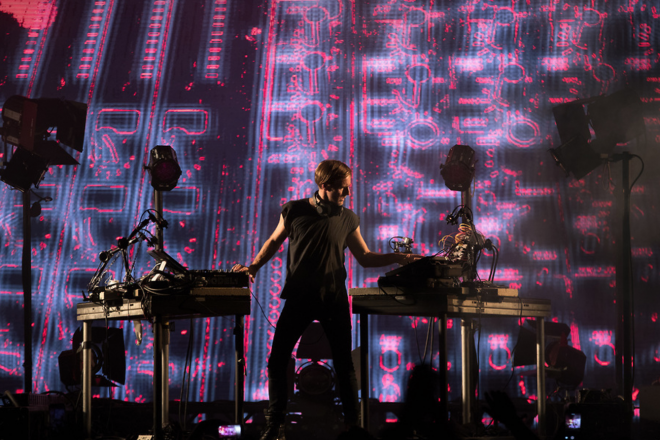 Richie Hawtin debuted his highly-anticipated audiovisual show CLOSE at Coachella over the weekend and did not disappoint with unveiling the captivating concept.

Using video mapping technology, viewers are presented with a unique perspective of Richie’s live performance. The visuals reveal his actual movements on stage, with a variety of angles and views of his gear as he executes the live show.

2017 will see Hawtin take his CLOSE show on tour, making stops at festivals including Creamfields, Pukkelpop, Primavera Sound, Melt and more. The next time CLOSE will take place in the states will be at Coachella’s second weekend, followed by Movement in Detroit, which will also be the last live show in the States.