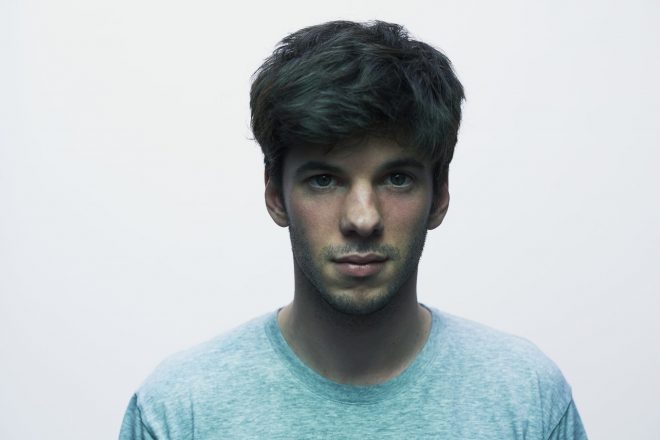 Music is second nature to 24-year-old Théo Le Vigoureux. Almost from birth, he was introduced to all sorts of sounds by his music teacher parents.

He spent his youth in Normandy playing in bands, but soon grew frustrated by the limitation of a single instrument and began to explore electronic production, distilling his own vivid universe into scintillating tracks under his Fakear alias. While at university in Paris he scored a French top 10 hit with his ‘The Sauvage’ EP.

Last summer, he began to feel suffocated by Paris. “All the hype, it’s like you’re always at work,” he says. Seeking calmer pastures, he moved to the Swiss mountains. Inspired by the picturesque surroundings and his new girlfriend, he had an album written in three months, featuring vocalists such as Andreya Triana, Deva Premal and Rae Morris.

Counting the likes of Bonobo and Amon Tobin among his main influences, he made Ninja Tune his release priority.
It took just one letter to persuade the label to pick the LP up for its Counter Records offshoot. Reaching out to MIA garnered another positive response, too, with Théo set to produce on her next LP.

Now he’s picking up bookings from Japan to Miami. During live shows he points his Traktor Maschine forwards, so crowds can get a clearer view. “In France people think electronic artists are just pushing the ‘play’ button,” he says. “I tilt my instrument forwards to show people we’re real musicians too.” Fakear’s songs are ample proof of that.

Watch his live performance below or on MixmagTV.

‘Animal’ is out on June 10 through Counter Records https://fakear.lnk.to/animal_lp