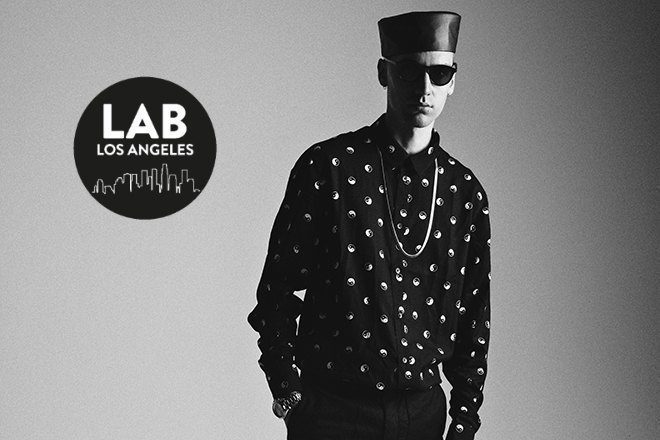 The Lab Los Angeles is Mixmag and Smirnoff Sound Collective's weekly post-work unwind where we stream only the finest American and international DJs, live and direct from our Downtown LA office. This Thursday, Ultramajic takes over The Lab LA with Jimmy Edgar and Vin Sol.

With Detroit in his roots and at home now in Berlin, it seems as though Jimmy Edgar was destined to create stellar music. Early on, he became adept at a variety of instruments and by 15, was already spinning alongside the Detroit legends Saunderson, Atkins and May.

The mastermind signed to Warp by 18, helms multiple musical personas (Kristuit Salu vs Morris Nightingale, Michaux and JETS with Machinedrum) and has since released on !K7, Hotflush and in 2013, established Ultramajic with Machinedrum as a unified, collective label and house for all of their various projects.

Vin Sol is a San Francisco native and a stalwart of the music industry. Besides his role as a noted producer supported by techno champions like Richie Hawtin, Seth Troxler and Scuba, Vin Sol is also the founder of Soo Wavey Records and Club Lonely, an imprint that blossomed from a successful club night series hosted in the Bay Area city.


On opening duties, The Lab welcomes Pilo, a Los Angeles-based producer who has caught the attention of Boys Noize, released on BNR and collaborated with the head himself. Hear more from Pilo here.

The Lab LA is strongly powered by Void Acoustics. Subscribe to Mixmag TV and watch Ultramajic with Jimmy Edgar and Vin Sol in The Lab LA on Mixmag's Facebook page or below.