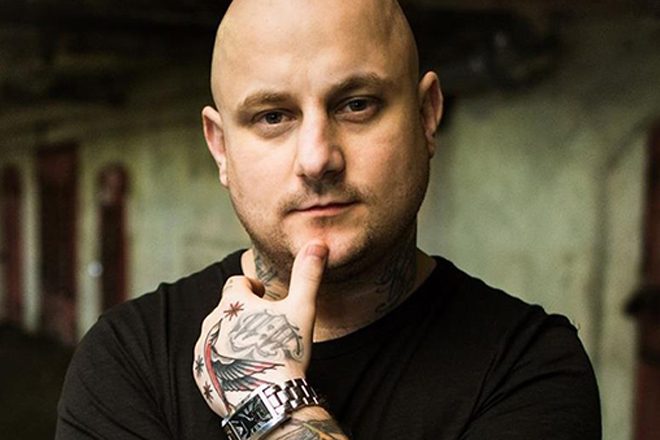 The cult of the DJ is a trend that has risen in prominence across the years. While in the early days of house culture DJs were hidden away and barely glanced, they’re now increasingly centre stage and Instagram-savvy.

Apparently for some club nights image is just as, if not more, important than the music.

UK house artist Scott Diaz has revealed on Twitter he’s had a booking pulled after being told his “image does not fit”. When pressed on what was meant by this, a representative of the party said he is “overweight” and "the way Scott looks doesn’t fit with the people attending our parties".

He continued the thread, writing: “How the fuck have we fallen this far? We are SO obsessed with image and looks it’s insane.

“And I mean, I am a bit overweight, which I’m honest about but what the fuck does that have to do with my ability to play some records?!”

See the run of tweets below. 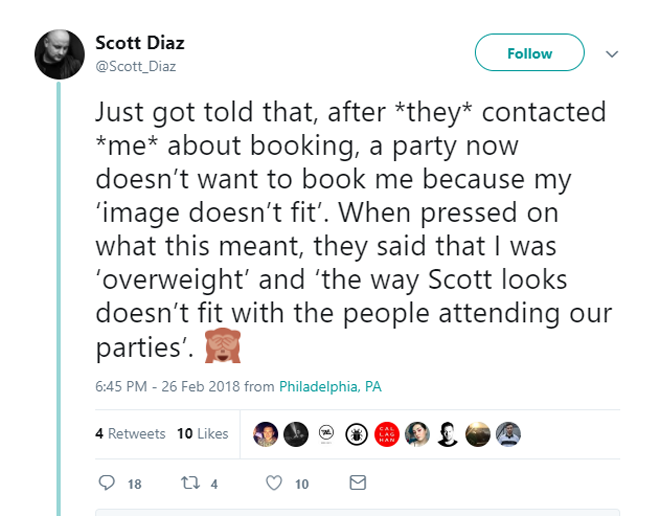 And I mean, I am a bit overweight, which I’m honest about but what the fuck does that have to do with my ability to play some records?!

Scott has now posted a full statement on Facebook about the incident, starting the post by writing: “This thing has become a beast with many heads. I originally shared the post and email thread with the intention of having a bit of a laugh at the ridiculousness of it all, but it’s really taken on a life of its own”.

He added: “Anybody who knows me well knows that I am somebody that doesn’t court drama. Integrity is important and I wish to have attention for only the right reasons, so there’s a lot about this situation that doesn’t sit well with me. Contrary to how many of you feel, there’s actually little to be gained in the long-term by ‘outing’ those involved. I never intended for it to become such a big thing and it’s all a bit overwhelming, not to mention it’s making it hard to get any work done!

“I understand that people are upset on my behalf but after careful consideration (and some good advice - legal, PR and friends), I am going to stick to my guns and keep the information to myself, including setting the original posts to private.”