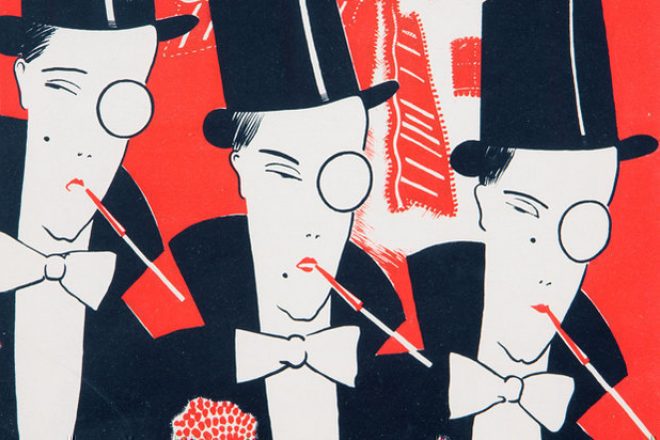 Remember when choosing which party to go to was as easy as looking at a line-up? Sure, there's always been a fair bit of club allegiance involved when making plans for the weekend, but generally, if a promoter had put together a list of DJs you'd sell your own mother to see, you'd be getting tickets and hitting that dance for sure.

But it seems like things have changed. These days the sounds of disbelief and wonder surrounding whopping line-ups are often followed by sentiments such as "Ooooh, not sure about that one. The crowd will be horrible." It's something we've heard in our office, seen online and talked about down the pub and it's starting to taint what's otherwise a thriving, kaleidoscopic, dance music scene.

Cases in point? The other night a girl told me that she'd stopped going to Krankbrother parties because of the "crowd", which had apparently changed during the time she'd been attending the nights. The final straw came when someone decided to crowdsurf, a stray foot knocking the drink out of her hand. The morning after a lively Night Slugs takeover of the Boiler Room in January, a comment appeared from someone who had watched the stream but reckoned there were "Some serious goons in the crowd as always." Which was kind of unfair seeing as the "goons" in question were a bunch of lads having tipsy, albeit rowdy, fun. And recently a mate has tweeted: "Why would anyone go to Wireless tho [sic], it's full of repulsive people."

Granted, dance music has always been tribal. That's the whole point. You swear by a sound and get fully involved: stick the fliers on your bedroom wall, drag your mates to all the raves, change the way you dress… Whatever it takes. Back in the day, the roots of acid house began at a 200-capacity party frequented by heads who had decided to dedicate themselves to ecstasy, Danny Rampling's DJ sets and a strict door policy that kept "Acid Teds" out and an clued-up crowd in. That was 1987 and the rest of dance music history is full of cliques and crews. But it's also littered with tales of inclusiveness and shared experience among contrasting social groups. So why's everyone got so sour all of a sudden?

On the surface, it's a behavioral thing. If you take yourself and partying seriously, you're not going to want to be surrounded by crowdsurfing "goons" who'll no doubt invade your personal space and spill rum 'n' coke down your front. If you're not prepared to accommodate lairy lads and lasses, you're obviously going to seek out more refined parties. That's cool; rounds of snakebite and passive aggressive behavior were never part of the dance music dream.

But dig deeper and it's clear that there's some blatant snobbery at play. In Leeds, some parties are avoided because the crowds that go to them are seen as "phony". They're the meeting point of students who put more thought into looking cool than knowing the difference between Levon Vincent and Leon Vynehall. It's the same in Bristol, where tales of kids getting paralytic at underground techno nights are rife.

In London, clubbers segregate themselves along lines of class. One of the more recent stereotypes on the capital's scene is "The Essex", epitomised by burly boys and tanned girls who speak with a suburban accent and come to town at the weekend to get smashed. They love house music and some people reckon they're the scourge of dancefloors in the city. It's a throwback to the days of disco, when Manhattanites complained that their favourite venues were being overrun by 'Bridge and Tunnel' punters from blue collar Jersey and Queens. The same goes for the tribe known as shufflers, predominantly working class males who have developed a new style of dancing and, in turn, a shedload of hate. It's evident that self-regarding musos and highbrow party people would rather stay at home than mingle.

These prejudices haven't arisen consciously; rather, they're a result of dance music becoming truly mainstream. No matter how many outsider house singles are released this year, there's no denying that dance music is no longer a counter cultural force. It's not a secret club for those-in-the-know. It's everywhere: At the top of the charts, blaring out of Cindy's café in Eastenders and in the gossip secton of the tabloids. A massive swathe of society is 'avin it at clubs on the regular, smashing gurners and getting amongst it. Everyone's involved, which is why we should be celebrating commonality rather than creating divisions.

This can be seen at Secretsundaze in London, where the capital's rave demographics come together to party all day in the summer; also Studio 89 in Cardiff (which is soon to be reborn under a different name), with its hench valley boys and face-painted, middle class girls; and you'll always find kids from council estates dancing alongside West End students at The Arches in Glasgow.

We've all probably been guilty of spreading hate as much as the next jumped-up snob. But dance music in the UK grew to mythic status in fields and clubs where a cross-section of the population came together to get high and dance. Aggression and bad manners are never acceptable, but maybe education (by example) rather than exclusion is the best way to deal with it. I know I'd rather party with a mixed crowd rather than one that looks exactly like me.