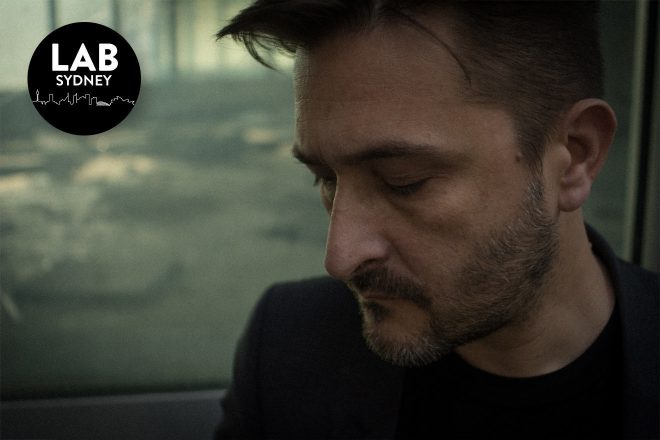 This week in The Lab SYD, we’re joined by one of the all time great electro and techno producers Michael Amato aka The Hacker.

Amato soaked up the early 90s French rave scene, and takes influence from artists spanning Kraftwerk to The Cure, giving his music a unique emotional energy. He took on the name The Hacker in homage to the Master of Detroit track, and it was his discovery of Underground Resistance that opened the doors to the entire US electro sound. After being unearthed by DJ Hell he released his first tracks on Ozone and Interface Records and has since founded his own label Goodlife Records and currently co-runs ZONE with the one and only Gesaffelstein.

Since the release of his debut album 'Mélodies en Sous-Sol' in 2000, the highly sought after French producer has remixed everyone from Laurent Garnier, Air and The Human League, to Boys Noize, Gesaffelstein and DJ Hell. In 2004 he released his second album 'Réves Mécaniques', and with a career spanning nearly 20 years it’s no surprise The Hacker’s hit songs ‘Frank Sinatra’ and ‘1982’ with long time collaborator Miss Kittin have stood the test of time.

Back in Australia for a limited time, The Hacker has just unleashed a remix of Boys Noize's ‘Euphoria’ under his Amato alter ego. Catch him performing at Melbourne’s Piknic Electronik festival and Family Hotel, Newcastle this weekend.

The Hacker will be supported at The Lab SYD by close friend and BNR artist Jensen Interceptor.

This week's stream will be broadcast live from 6:30pm (AEST) this Friday, March 17. You can watch the set in full over on our Facebook page and head to Mixmag TV for the full Lab SYD Playlist.