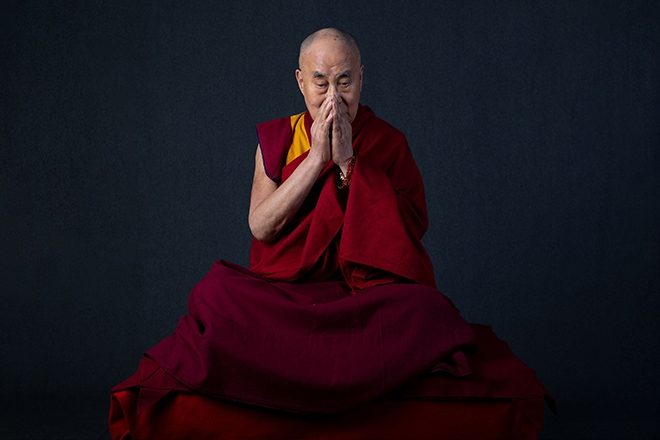 The Dalai Lama has dropped a new single ‘One Of My Favorite Prayers’ which features on his forthcoming debut album ‘Inner World’.

It’s the closing track on the LP, and features soothing backtrack behinds words The Dalai Lama reciting words written by an eighth-century Indian scholar named Shantideva: “For as long as space endures, and for as long as living beings remain, until then may I too abide to dispel the misery of the world.”

As the title indicates, The Dalai Lama is a big fan of the prayer, saying he recites it daily and sometimes 100 times in one day.

It arrives alongside a visualiser which can be viewed below. ‘Inner World’ is out on July 6.