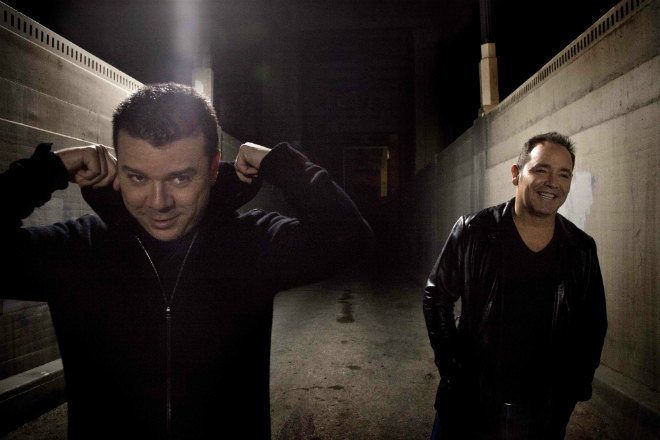 The Lab LA is our weekly post-work unwind where we bring you the best American and international DJs live from the heart of Hollywood. This Friday we've got the legendary big beat-electronica duo The Crystal Method.

Known for their killer live sets and tunes that soundtrack films, TV and video-games, The Crystal Method is a production duo with a serious reel of accomplishments under their belt. With radio classics like 'Trip Like I Do' and 'Busy Child' from their platinum selling debut album 'Vegas', Ken Jordan and Scott Kirkland defined the American mainstream dance sound of the late-90s, and deserve major props for leading the early electronica genre into the top of the charts. From their beginnings in Las Vegas to their established status in LA they continue to ship #1's almost two decades later, such as their self-titled album which dropped back in January.

You can check out their recent remix-album here via Tiny e Records, which features remixes from Ghastly, Bixel Boys and more.

The Lab LA is powered by Void Acoustics, and streamed from the Wantickets studio. You can catch The Crystal Method in the Lab below or via Mixmag TV.