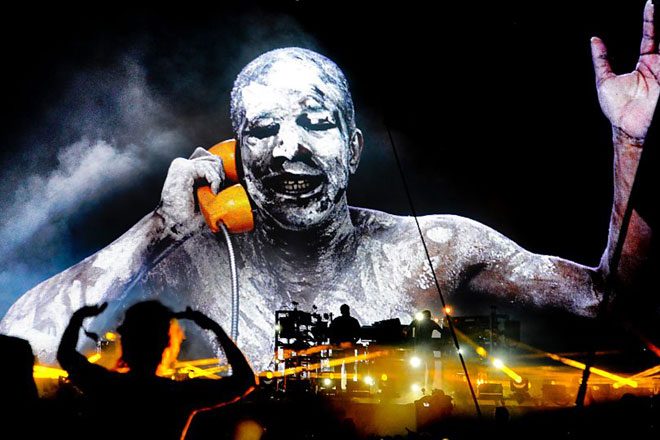 The Chemical Brothers have announced a mammoth London live show at Alexandra Palace on October 5.

Believe it or not, this is the first time that the Chems have performed at the 10,000 capacity space and will be their first UK follow up-date after a hectic summer of festivals.

Formed of Tom Rowlands and Ed Simons, the duo have been making blockrocking (sorry, we had to) dance anthems since the early 90's and their last album 'Born In The Echoes' dropped in 2015.

Around that time, the pair announced that Ed would no longer be performing live as part of the show because of other commitments and it's still not been confirmed whether he'll return this time.

You'll be able to catch The Chemical Brothers all over Europe this summer as they embark on a large festival tour, with stops at Blue Dot in England, Atlas Festival in Ukraine, Dour Festival in Belgium and Pohoda Festival in Slovakia.

Tickets for the Ally Pally show aren't expected to stick around for long and they go on sale via Ticketmaster on February 23 at 9am. Trust us when we say that The Chems put on one of the best live shows on the planet and this spectacle should not be missed. You could say it's going to be out of control (sorry, again).

For more information, head over to the Alexandra Palace website and to grab tickets on February 23, click here