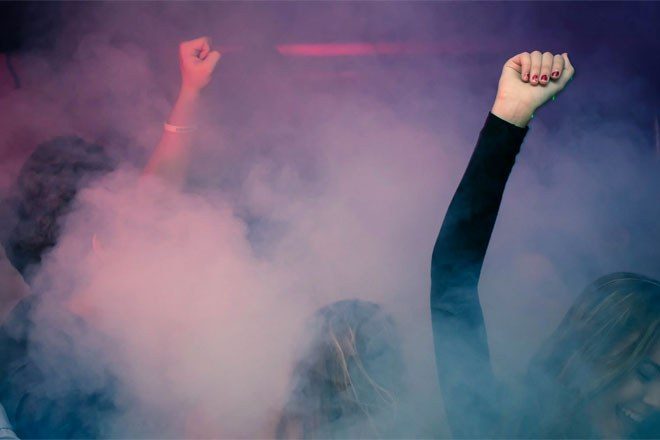 1,300 people attended a music event at the Ziggo Dome in Amsterdam at the weekend, designed to examine the risks of reopening venues and plan for the easing of lockdown restrictions.

Read this next: Leading festival organisers call for attendees to require vaccination

Those in attendance on Saturday were encouraged to dance to sets played by Dutch DJs Sam Feldt, Lady Bee and Sunnery James & Ryan Marciano. They were separated out into five “bubbles” of 250 people and one of 50 people, with each having to follow a different set of rules.

Some were required to wear a mask at all times and others only when they were moving, and some had more limitations placed on their movement around the dancefloor.

One group was served fluorescent drinks and told to sing and scream along to the music so the amount of saliva released at climactic moments of collective hype could be studied.

The data collected will be examined by government advisers and used to inform decisions on planning for reopening nightlife. One thing noted was that the people asked to keep their masks on tended to quickly remove them when getting into the swing of the music.

Everyone who attended was required to produce a negative COVID-19 test 48 hours ahead of the event, and take another five days afterwards. 12 ticket holders who tested positive were barred from attending.

Tim Boersma, spokesperson for Fieldlab, the organising overseeing the research, said: “We hope this can lead to a tailor-made reopening of venues. Measures are now generic, allowing for instance a maximum of 100 guests at any event if coronavirus infections drop to a certain level. We hope for more specific measures, such as allowing the Ziggo Dome to open at half its capacity.”

DJ Sam Feldt, who hadn’t played to a large audience since March last year, said the test event gave him optimism: “I see light at the end of the tunnel again. We have now been in it for about a year together and with the vaccinations, the testing possibilities and these kind of test events, I think there are a lot of signs that we will hopefully see some more parties in the summer.”