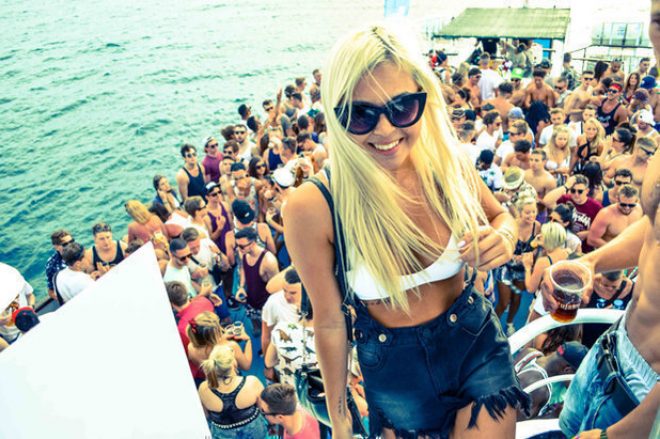 With its glittering coastline, beachside venues and comparatively low prices, Croatia has become the biggest European challenger to Ibiza's party capital crown. So what did Mixmag's Ally Byers learn when he spent a summer there?

1. Croatia's Festival Explosion Has Very Little To Do With Croatia
There are 16 dance music festivals here and only one – Ultra Europe – is actually run by Croatians. In fact, the country's festival scene is mostly run by a central Slovenian agency, which promoters from all over the world go through to book a full festival package.

2. The Place Feels Like The Wild West
Anyone who's worked in Ibiza will tell you that there's a medieval quality to the island, with its long-standing dynasties and traditions. In comparison, Croatia feels like the New Frontier. There are thousands of kilometres of festival-able coastline, there are agencies specialising in sorting new festivals, and there's a network of promoters interested in bringing new events over. It's a land of opportunity. Beer's cheap, too.

3. Heidi Smashed Hideout
Heidi's Jackathon pool party was the most rammed, most fist-pumping, sweatiest, loudest, most intense event of a very full-on week. Heidi herself led the charge nicely, switching between furiously fist-pumping in the booth, playfully slapping photographers and knocking back Champagne.

4. Foreign Festivals Are As Prominent As British Ones

Ask any Brit about Croatia and similar names emerge: Garden, Hideout, Outlook, Dimensions. You'd be forgiven for thinking Croatia remains a British affair. However, this year the German festival Sonus sold approximately as many tickets as Hideout. The Italian Barrakud Festival saw Zrce superclub Papaya at total capacity every night, while Ultra Europe, at well over 80,000 visitors, was the biggest festival by far.

5. Croatian Pool Parties Are Hilarious
The words 'pool party' usually conjure up images of beautiful people lazing around a pool with cocktails and hazy, mellowed-out music. Not so in Croatia. At Heidi and MK's Hideout pool parties every inch of floor, table, pool, roof and tree was rammed with sweaty, sunburned bodies.

6. Tiësto tried EDM at Ultra Europe. And That Wasn't Good.
We have the utmost respect for one of the biggest DJs ever to have walked the planet. But please.,Tiësto, stop trying to inject Swiss levels of strong cheese into your proggy sets –
they really don't need it, and Croatia ain't Vegas.

7. We Need To Talk About Shaded
Canadian artist Shaded (formerly part of duo SHDWPLAY) absolutely blew the roof off the already-roofless Kalypso club at Barrakud festival, with an unforgiving live techno set comprised entirely of tunes he'd made that week. This man is one to watch.

8. For DJs, Boat Parties Are Actually A Total Nightmare

The DJ booth is upstairs. So DJs pee off the side of the boat. And speakers break all the time. To counteract this, the crew deal with stress by going fishing. So at any given point, there are 200 people losing their shit at the back of the boat, and four greying Croatians losing their bait at the front.

Zrce Beach – Croatian super-club and home of Hideout Festival – has transformed in recent years. Soundsystems, line-ups and dancefloors have all up been upgraded. This is largely due to new superclub Noa opening on the beach next door, causing the four existing and former-sworn-rival clubs on Zrce beach to effectively unionise and share resources to keep Zrce locked. That means louder music, bigger acts and brighter strobes for you lot.

10. The Future's Uncertain
As Croatians themselves are little involved with the country's festival scene, they're unsure what to make of it. Sure, it's boosted the tourist dollar, but also left many of the country's largely older population dismayed. Whether Croatia solidifies into a permanent clubbing hot-spot like Ibiza or gets shut down by political red tape will become clear in the next few years. In the meantime, enjoy it.