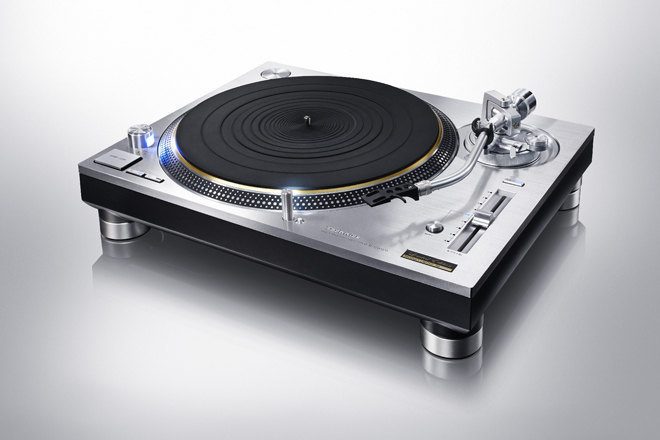 Technics’ classic SL-1200 deck has long been the global club-standard, and its discontinuation in 2010 was met with widespread mourning.

Excitement was therefore understandably high among the dance music community at the start of 2016 when Panasonic unveiled the new Technics SL-1200G turntable.

This elation was tempered somewhat when days later it emerged that the updated product would be priced at $4,000, more than double the cost of its predecessor.

Now Technics CTO Tetsuya Itani has spoken to What Hi-Fi? at the Bristol Sound & Vision show in an attempt to justify the price tag, explaining that the new model has undergone a complete redesign that needed a brand new manufacturing process using a complete set of new tools.

He said: “The cost was the biggest problem for us, from the start of the project. Because the original 1210 turntables were manufactured for so many years, the manufacturing process had got to a very low cost. Now we need to invest in all the tools again, and the price now is much higher than the 1970s.

"We began to study just a few months prior to IFA, maybe summer 2014, for the new SL-1200. We learned that it was impossible [to make the same deck], as almost all the tools for manufacturing were gone or heavily damaged - only one "die" remained, and that was for the dust cover.

“All the documents were kept, all the drafts, but it was not the Technics way. If we have a chance to start from scratch, we should. With new technology, new theory - that is this guy [the SL-1200G]. So it’s a new model from scratch.

“Everything is new, except for the dust cover. The weight of the platter is nearly three times the old 1200, and we also have a new motor, which is a very important point of the new model. The feet too. It’s heavy, the old 1200 was more plastic. Every part is designed for better sound quality.”

Itani also confirmed the $4,000 figure would equate to “a little under £3,000” for the UK market, with the release slated for “winter” this year.

For those still balking at the hefty cost, Itani also hinted that a more affordable alternative may be on the way, revealing: “Right now, we start thinking [about a more affordable model]. But not definitely right now. We need to study.”