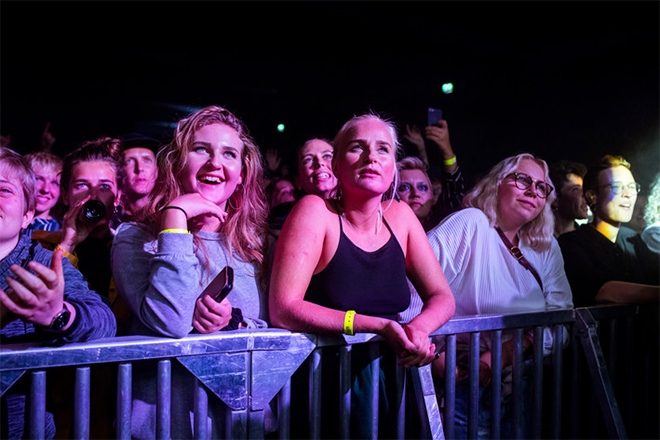 Sweden's Statement Festival, an event billed as "the world’s first major music festival for women, non-binary and transgender only" people, has been found to be in breach of Sweden's gender discrimination law.

Despite the fact that an investigation into the event found that Statement Festival did not enforce the "man-free event" and allowed people in regardless of gender, Sweden's Equality Ombudsman ruled that organizers still violated the law because the event “discouraged a certain group from attending the event,” The Guardian reports.

Due to the fact that this supposed "gender discrimination" came in the form of words and nobody suffered damage from the festival’s restrictions, Statement Festival will not be penalized.

The inaugural edition of Statement Festival was held in Gothenburg in August after a successful crowdfunding campaign reached its funding target of 500,000 kronor ($61,000) back in October of 2017.

The “man-free” event was originally proposed by Swedish comedian Emma Knyckare in response to the recent surge of rapes and sexual assaults that have plagued the country’s biggest music festivals - Bråvalla and Putte I Parken. According to Knyckare, the purpose of Statement Festival was "to create “a safe space for the people who want to attend a festival without feeling scared for their personal safety.” Bråvalla was canceled indefinitely back in June after the 2017 edition of the festival was the scene of four rapes and 23 sexual assaults.

"It’s sad that what 5,000 women, non-binaries and transgender experienced as a life-changing festival made a few cis men lose it completely," reads Statement Festival's Facebook response to the ruling. "The success of the Statement Festival shows that is exactly what we need and the DO’s verdict doesn’t change this fact. Otherwise, we have no comments. We are busy changing the world.”