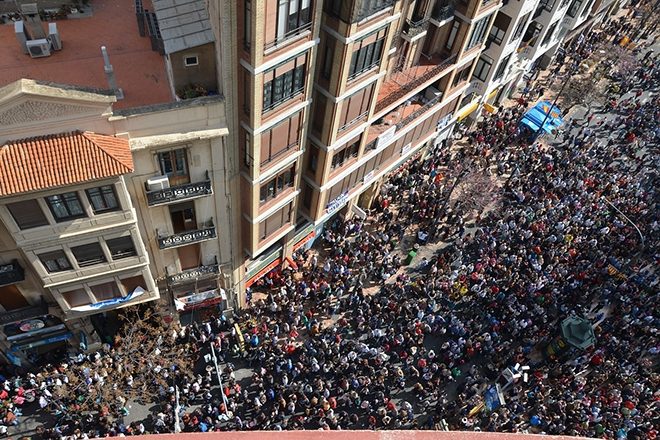 Thousands of people took to the streets of Spain to celebrate the easing of lockdown restrictions that had been present for six months.

The country is still considered to be “high risk” according to the Health Ministry, with an average of 198 cases last Friday. Despite this, Madrid’s Puerta del sol was flooded with people, police having to make 450 interventions on the night. 6,500 people had to be moved on from squares in Barcelona also, according to El Pais.

The six month state of alarm, which was implemented to tackle COVID infections in the country, meant that night time curfews were the norm in most regions. Madrid had a curfew of 11:PM which was lifted this past weekend - allowing for many to celebrate the end of tough restrictions.

National Police confirmed that no serious incidents occurred in the Spanish capital on the night - with no arrests being made.

Street drinking, crowds and music were a common theme across Spain over the weekend, with police being deployed across the country to maintain the 'rule of six' and prevent large crowds from gathering - this proved a difficult task among a population who had been living under tight restrictions.

News of the gathering comes after the UK announced which countries Brits would be able to travel to when restrictions are lifted, with Spain being placed on the amber list.

This means that those visiting will have to have to take a pre-departure test, and self-isolate upon arrival back to England or Wales.

Read this next: Balearic Tourism Minister "very optimistic" Brits will be allowed to Ibiza by June

Brits are also eager to get back on the streets, with measures continuing to ease towards June 21, which is projected to be a return to nightlife and events after a long stint handling the pandemic. The success of vaccination sets a positive precedent for international travel.

See footage from Madrid below.