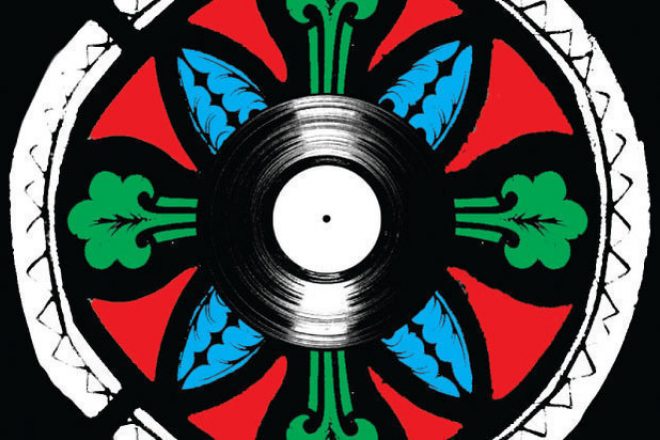 Vinyl's always going to have a special place in dance music but is looking down on new DJs because they don't use it really fair?

Last month, Belgian festival Tomorrowland announced that, alongside its giant Talking Book main stage and basketball vest-wearing regulars, a brand-new area would be joining the festival in 2015. Tomorrowland is introducing a vinyl-only stage, hosted by none other than Sven Väth. Now, no-one can deny the allure of Sven digging through the crates and pulling out a few forgotten gems or well-worn classics. But many of the comments on the story on the Mixmag Facebook page came with a certain amount of venom.

"Finally, real DJs with real skills", said one. "I'd like to see all those twats from the main stage on there," suggested another. The general consensus seems to be (and has been for a while) that playing on vinyl denotes integrity, craftsmanship, and technical prowess, while anything else is computer trickery or witchcraft, usually eyed with suspicion and an accusation that the DJ is "just pressing play''.

Before you get your white labels in a twist, we're by no means suggesting that vinyl doesn't still have an integral role to play in dance music. Vinyl-only record labels like Lobster Theremin and Hotline are flourishing with their small-scale runs of releases, helping to keep record shops alive and, more importantly, that keen sense of oneupmanship that comes from knowing you've got your hands on a record no one else in a 100-mile radius will have.

Of course, in the age of free downloads by the dozen, there's something romantic about the DJs who grew up in a pre-internet age and spent all day on Saturdays in their local record shop, mulling over which three records to spend their hard-earned cash on when they really wanted to buy 30, and maybe that forced constraint did make them better DJs than if they'd simply been able to go online and spunk £15 on the Beatport Top 10.

And perhaps there's something in the charge that learning to mix with records makes you better at beat-matching. But the fact is that music, like most other things, is driven by technology – and people will always use whatever's readily at hand and most practical to make and play it. No-one expects us to produce this magazine using a quill and parchment, and no-one is insisting that Martin Scorsese should get his movies edited by slicing film negatives with a razor blade and sticking them back together. Do we really need to be pompously condescending to DJs born as late as 1994 because they don't own a shelf full of Dance Mania vinyl?

Let's not forget that all this is about is throwing parties. When people first started putting two turntables together back in the 1940s, it was a revelation that you didn't have to hire a band to play continuous music to dance to. You could just have the records, in all their mixed and mastered glory, instead. It democratised things. And in the same way, the fact that now you can buy pretty much any piece of recorded music ever at the click of a button, rather than having to sycophantically court the record store clerk in the hope that he'll hold back one of those imports for you, democratises things further. It makes it easier to throw parties.

And doesn't vitriol about the superiority of vinyl reek of the kind of hostility dance music was met with when it became a real cultural force in the UK back in the 90s? Back then, for every person wholeheartedly embracing the most exciting thing to happen to music since amplification, there was one bemoaning the fact that it wasn't "Real music, made with real instruments." Surely after putting up with the charges of these philistines for years, we should be fully embracing the forward march of technology – not holding newcomers to the standards of the past. So by all means, let's love vinyl, keep buying it, DJing with it and throwing vinyl-only parties, but let's not look down on every DJ who doesn't.