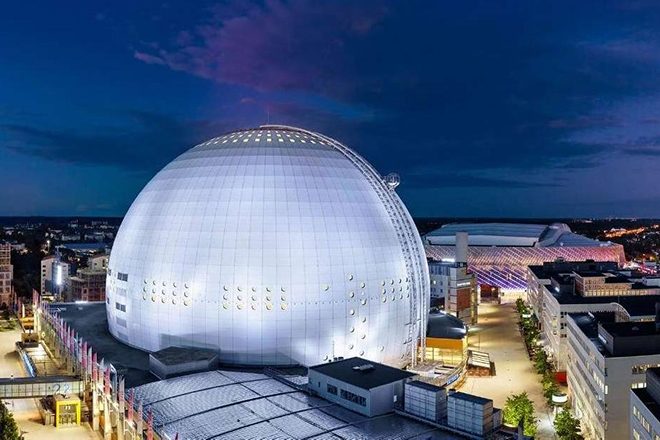 Stockholm’s 16,000 capacity Ericsson Globe has been renamed in tribute to the late Swedish electronic music superstar Tim Bergling, aka Avicii.

The Tim Bergling Foundation, the mental health charity set up by Avicii’s family in 2019 following the Avicii’s suicide in 2018 aged 28, are involved in the venue’s rebranding to the Avicii Arena. It’s planned to become a “global hub for sharing ideas on young people's mental health”, hosting events in partnership with the foundation.

Read this next: Electronic Awakening: How Avicii turned the world on to dance music

Avicii played two sold-out shows at the venue in 2012.

"It was a significant milestone in Tim’s career when he played here nine years ago, and he would be extremely proud that this iconic building from today will bear his name,” said Avicii’s father and Tim Bergling Foundation co-founder Klas Bergling.

Andreas Sand, CEO of Stockholm Live, the company that manages Avicii Arena, said: "Being able to use one of Sweden's most famous and visited buildings as a symbol and meeting place for one of the most important societal issues of our time in the way we now do together with our partners feels fantastic.”

The Royal Stockholm Philharmonic Orchestra has recorded a new version of the Avicii’s track 'For A Better Day' with words sung by a 14-year-old called Ella to soundtrack the announcement.

The Tim Bergling Foundation is running a project of the same name currently, encouraging people under the age of 25 to submit writing about their personal concerns and suggestions for building ‘a better tomorrow’. All of the submissions with be given to the Swedish Prime Minister Stefan Löfven and government in August.

"Depending on how they react, we will continue to remind them until they address the issues," writes the foundation.

”Globally, suicide is the second most common cause for death among the 15-29 age groups. This highly distressing statistic must be changed. It’s only together we kind find a way to make a difference #For A Better Day," said Klas Bergling.

Watch the announce video and ‘For A Better Day’ performance below.