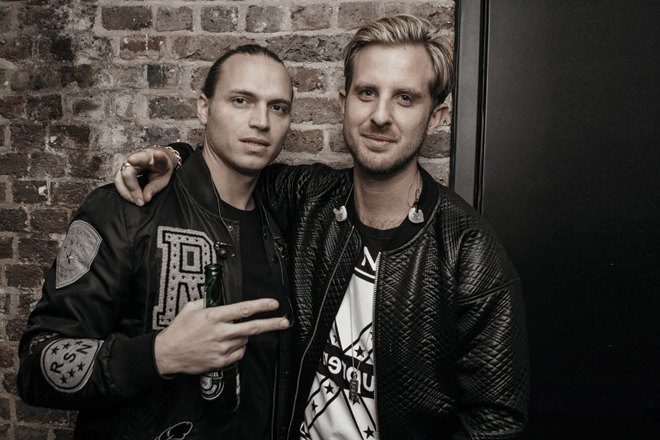 18 months ago drum 'n' bass chart toppers Sigma were ready to quit the dance scene altogether. Less than two years on, and having registered two UK No1s, two Brit nominations, held a summer residency at Together at Amnesia, and bookings from the likes of Glastonbury, Bestival, T In The Park, Creamfields, SW4, EDC, and Ibiza Rocks Hotel, Cameron Edwards and Joe Lenzie front one of electronic music's biggest acts.

Edwards first met former DMC UK scratch champion Lenzie in Leeds when he was at uni and immediately started booking him for the underground gigs he was promoting. "Even then we had ambitions to succeed," Edwards explains. "Initially we had a lot of rejection within the drum 'n' bass scene, but it just makes you want success more. Ultimately I think we've exceeded our own expectations!"

Topping the UK singles charts with 'Nobody to Love' and 'Changing', and working with esteemed guest vocalists such as Paloma Faith, Rita Ora, and Ella Eyre, helped Sigma win widespread commercial recognition in 2015. "It's opened up a lot of doors for us," Edwards says. "For example, we've always loved using strings, but now we have the opportunity to record a full orchestra. There are no longer any boundaries."

One of Sigma's standout gigs of 2015 was held at the Roundhouse in November. "It was the pinnacle of our live tour," says Edwards. "We had 2,500 people there and support from Karen Harding and Majestic. Then Rita Ora turned up and performed her new single 'Coming Home' with us which was just amazing."

This year's been full of pinch-yourself, with a spot on the X Factor plus a BBC's Sports Personality of the Year still to come. Their debut album 'Life' on December 4, boasting memorable collabs with Labrinth, Diztortion, and Maverick Sabre. "The album's been a long time coming," Edwards concludes. "We've been wanting to put something out for a while, but it never felt like the right time. Now everything feels right."

Top Sigma moments of the year