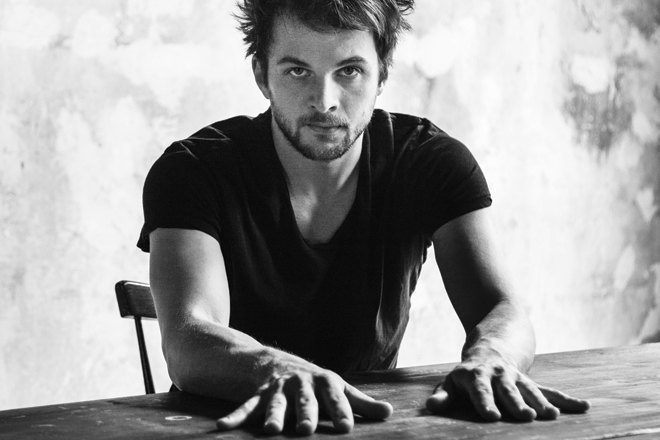 It's midday in Berlin and, weirdly, Nils Frahm hasn't yet played piano today. "I feel like an old grandpa, falling apart slowly," he says with a rueful laugh. Given the year he has had, that's understandable: as well as putting out an original soundtrack, solo album, double CD and special record store day 7"—both with frequent collaborator Ólafur Arnalds—he has also played at Melt!, Lovebox and the BBC Proms at The Royal Albert Hall as well as all across the States. He then finished the year with a truly idiosyncratic entry into the Late Night Tales mix series. Not bad for someone who used to live off €500 a month and made music alongside various jobs as a postman, cleaner and working with the disabled.

Frahm apart makes his traditionally highbrow art form accessible to everyone - and it's all because of his unconventional style. He prefers to focus on feeling rather than form, and tweaks and alters his pianos and synths to his own ends. The resulting music is rich with emotion, achingly melancholic, surprisingly danceable in parts and thoroughly absorbing. "I'm a music geek," says Frahm, who makes dramatic electronic soundscapes, publishes sheet music books and set up international Piano Day on March 29th. "I have to put a certain touch and emotion in my music," he says "It's not always about the sounds or composition. I get most creative when I have to overcome or achieve something."

This Hamburg born pianist studied under Nahum Brodsky, a former student of Tchaikovsky. He's affable and amusing when asked if he ever listens to anything less highbrow. "I actually have a 'hilarious' section in my record collection, and in there you will find things like early Beach Boys," he laughs, before joking that he remixed John Cage's 4"33 [a silent concept piece] for his LateNightTales. As playful in person as he is at the piano, no one else sounded quite like Nils Frahm in 2015.

For an hour, Frahm hunches and sways over his keys. An utterly electrifying gig.

One of the most archetypal in the series, Frahm's LNT fuses ragtime, jazz, dub, spoken word and piano.

Released free on Piano Day, 'Solo' was made on a 1.8t, 3.7m tall piano in a single, improvised take.