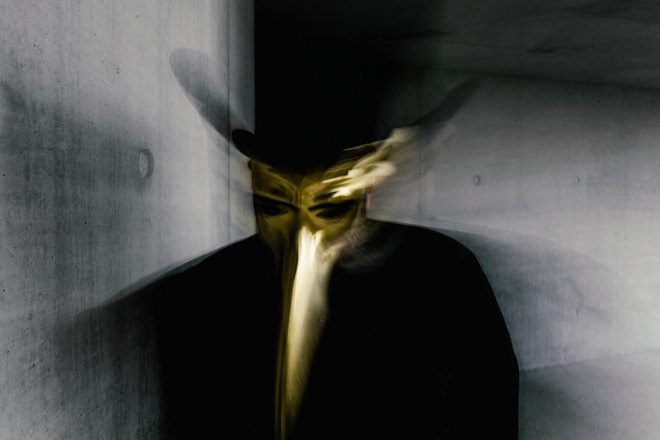 For someone that wears a mask during all public performances and even blindfolds journalists to fiercely retain his anonymity, Claptone's had one hell of a visible year. From creating a captivating visual show to releasing a debut album, the beak-loving beatmaker has bounded from one blinding success to another.

"Yes, the year was surprisingly positive," he understates over the phone. "By 'surprising' I mean that when you are 'climbing the ladder' you are somehow always expecting to fall down at some point, and it's always a surprise when that doesn't happen."

It seems more like the ladder has been extending to accommodate Claptone's ascendance: right before our chat he appeared on French TV show Le Grand Journal alongside Gregory Porter, where they played Porter's original of "Liquid Spirit" and Claptone's lauded remix, an infectious affair that became the most Shazamed track in Ibiza and a 2015 anthem.

"I presumed at first that all the fuss was because the remix was new," he says. "But it went on for the whole season, and still is from the looks of things. I know it has a lot do with Gregory's amazing voice, but I think the thing that has sustained its popularity is the groove."

Claptone's indefatigable tour schedule and festival appearances at Melt!, Balaton Sound, SW4, Stereosonic helped bolster his reputation, as did the Immortal Live visual show, which was created in partnership with creative director Peter Martin (Gorillaz, Alexander McQueen). After winning a Best Producer Of The Year award at Pacha in Ibiza in September, he released debut LP 'Charmer', which pushed his sound in a more lyrical, reflective and political direction. "I'm really happy with the response," he says. "It even made the Top 10 in Australia. To be up there with Adele is crazy." As for 2016 plans, there are many in the pipeline but he won't be drawn. "Right now I'm happy when I can find the time to sleep!"

One of the biggest tracks of the year

The ambitious debut LP with his biggest artistic milestone of 2015