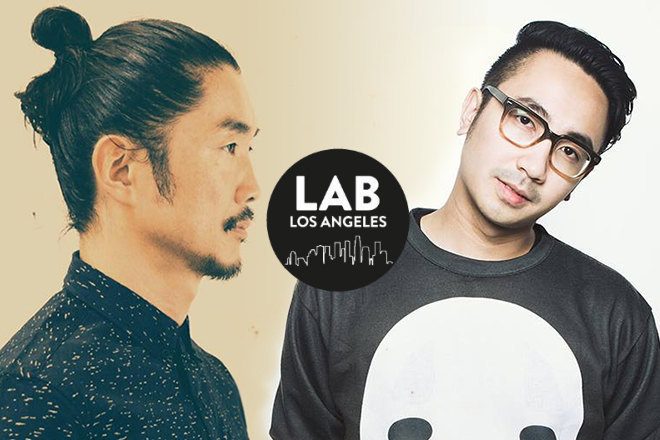 The Lab Los Angeles is Mixmag and Smirnoff Sound Collective's weekly post-work unwind where we stream only the finest American and international DJs, live and direct from our Downtown LA office. This Friday, we're welcoming StarRo and Sweater Beats into The Lab LA.

The Los Angeles-based and Tokyo-born Shinya Mizoguchi has spent the last five years perfecting his cultural and soulful electronic sound under the moniker StarRo, a name familiar to many after his 2013 Soulection White Label debut. Now, we fast forward to 2016, which sees StarRo readying to release his full-length album 'Monday' out on October 12.

Sweater Beats, born Antonio Cuna, arrived in Maryland by way of the Philippines and began to nourish his love of R&B-flavoured electronic music. Growing up in an era of mixed influences like Pharrell, Timbaland and Daft Punk, Sweater Beats became an amalgamation of all the sounds he'd grown up loving. In October, he's set to embark on his first live tour called 'For The Cold' across North America.

On opening duties, we welcome SKULS, a duo that hails from the Bay Area and now resides here in Los Angeles. Hear more from them here.

The Lab LA is strongly powered by Void Acoustics. Subscribe to Mixmag TV and watch StarRo and Sweater Beats live on Mixmag's Facebook page on Friday at 8pm PST.