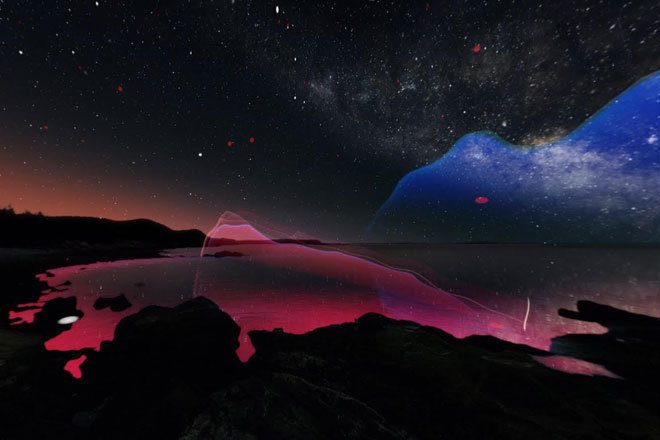 Starkey is, ahem, the star of a new 360 video that sees the oft astral-exploring producer get closer to space than ever before.

The East Coast bass and club artist has turned in a remix of Erik Satie’s ‘Gnossienne No.1' for 'Decca Reworks', a newly released compilation that sees classical compositions interpreted in hyper-modern ways. To celebrate, Starkey's effort has got its own immersive vid.

In it, piano keys send colours shimmering across a darkened bay, with luminous shapes rising up as Starkey's remix slowly builds to climax. The cosmos can be seen stretching across the horizon. It's suitably sci-fi and leaves us wondering whether Satie, a French composer, had similar images in mind when he created ‘Gnossienne No.1' in 1890.

Explore the video below.