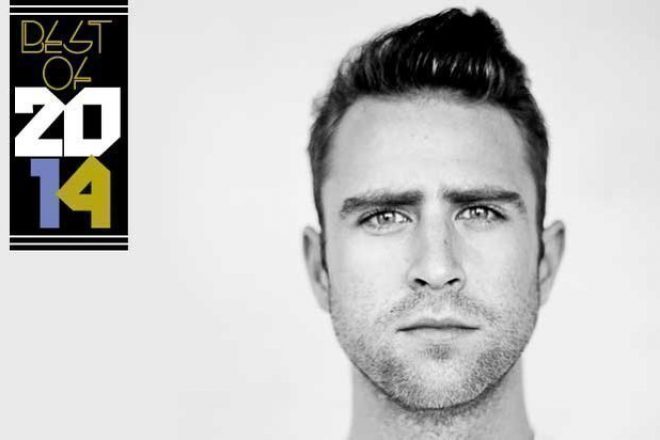 There have been a couple times this year when I felt like I was close to breaking point." Talking to Mixmag from Glasgow airport ahead of his second American tour of 2014, it's clear that 28 year-old Jack Revill aka Jackmaster is committed. One of the most in-demand DJs on the planet, this has been his most prolific year to date, taking in everywhere from Circoloco to Croatia, not to mention a 13- week residency at XOYO. But for the all the stress of touring, he's quick to remind us that it's all part of doing what he loves, "There have been times when I've felt mentally drained," he admits, "but it's the best job in the world and I wouldn't want to be doing anything else."

In an era when many DJs depend on productions to get gigs, Jack's prowess as a selector is his only calling-card – he relies on his technical skill and knack for playing the right records to move the floor (as anyone who caught 'Can U Dance', his festival-smashing tag-team with Oneman this summer, will testify). Revill brings something special to the booth, and people are taking notice. After spending a full season in Ibiza this year, he describes his series of dates at DC10 as a game-changer: "Circoloco is one of these institutions that has a rippling effect around the world. To be on those lineups regularly and surrounded by that talent really makes people take notice," he says.

Of course, it wasn't just in the booth that his profile surged this year; he also recorded his debut Essential Mix for Radio 1, while holding down his own show and hosting a special 'Made In Glasgow' documentary for the station – but he feels most at home behind the decks. "I've not really got much to offer other than this," he tells us. "I still want to be DJing when I'm 50 or 60. It's my life." He may be in it for the long haul, but in many ways Jackmaster is just getting started.

Essential Mix on Radio 1
Expertly mixed and delivered in style, his Essential Mix was two hours of jackin'club action