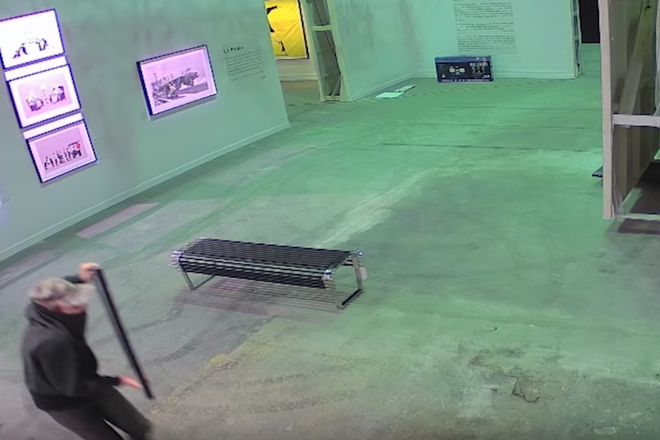 A thief has been caught on camera stealing Banksy's ‘Trolley Hunter’ print from an art exhibition in Canada.

The piece was being shown in Toronto at an unauthorized exhibition of Banksy's work called The Art of Banksy, which features about 80 pieces from a private collection, which is valued at $35 million. It is curated by the mysterious street artist's former agent Steve Lazarides, who worked with Banksy for 10 years.

The print that was stolen, Trolley Hunter, is valued at approximately £26,000. It first debuted in 2007 and features a depiction of three hunters hunting a pair of shopping carts. 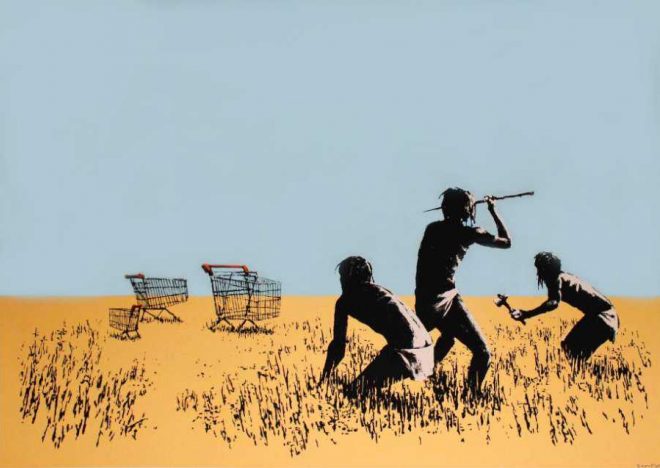 As the BBC reports, Canadian authorities are investigating the theft and have released video footage of the crime. The tape shows a person entering the exhibition at about 5:04 AM, creeping through the space seemingly to avoid the cameras as much as possible, grabbing the print off the wall and quickly exiting the way he came in. According to the police, "he is described as wearing glasses, black jacket, green camouflage baseball hat, blue jeans rolled at the cuff, grey running shoes, glasses."

View the print above and watch footage of the theft below.