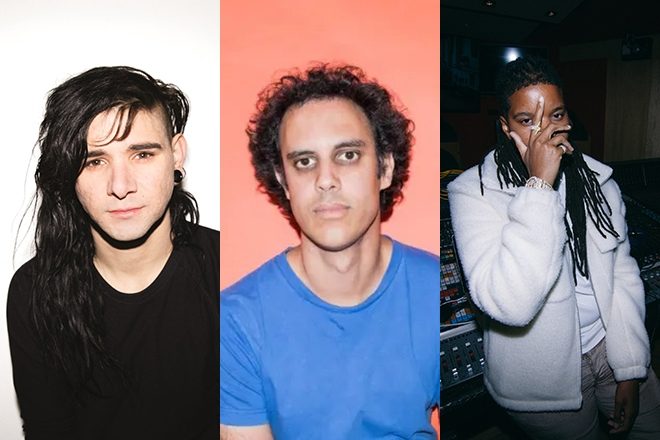 Skrillex, Four Tet and Starrah have teamed up to release a new single, ‘Butterflies’.

Mad Decent signed Starrah has worked with some of pop’s biggest stars in recent years including Rihanna, Camilla Cabello and The Weeknd, with 14 tracks of those tracks hitting Billboard’s Hot 100. Skrillex also collaborated with the US-born singer on her 2021 debut album ‘The Longest Interlude’.

Four Tet followed up with an insight into the making of the track, stating: “There is an extended version on Beatport that I’m particularly happy with. Working with Sonny and seeing his cosmic level Ableton skills in real-time has been amazing and huge respect for how crazy good he got the mix sounding. So much detail went into this one.”

Read this next: Four Tet's made a drum 'n' bass remix for the first time ever

Although this is the pair’s first release together, Skrillex and Four Tet have played B2B sets at events such as Manchester’s Warehouse Project in 2019.

While this is eight-time GRAMMY-winning artist Skrillex's first release since 2019, Four Tet has delivered a constant supply of music in recent years, including the two '871' and ‘Parallel’ LPs released across Christmas Eve and Christmas Day last year.

Watch this next: The evolution of Skrillex

Check out 'Butterflies' below.