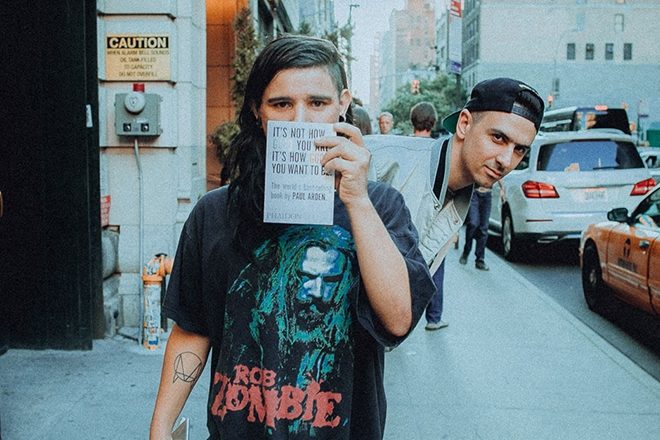 Skrillex and Boys Noize have announced that they will be releasing a new four-track Dog Blood EP on May 31.

The pair, who last released music under their shared side alias back in 2013, have been teasing new material online and in shows in recent months - sharing the first cut off their forthcoming record, ‘Turn Off The Lights’, this past March.

Skrillex made the announcement via Twitter, telling his fans that they can expect some special guests to appear on the duo's third EP.

‘Turn Off The Lights’ is out now via OWSLA/Boys Noize Records and can be streamed below.

Just Finished the new 4 track #dogblood EP with @boysnoize (and some friends) . Coming May 31st pic.twitter.com/9OfH372u3m