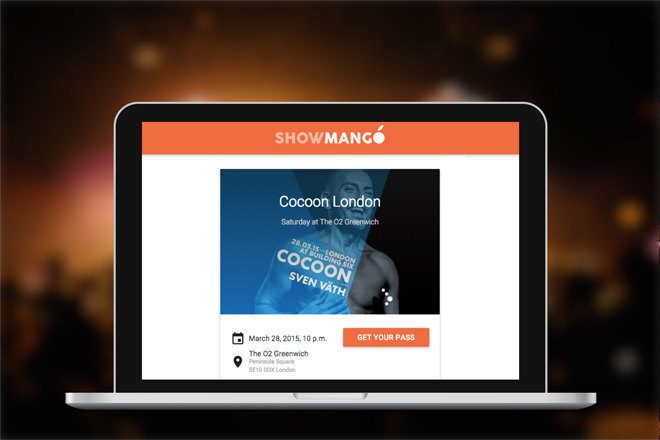 London-based company ShowMango have announced their arrival with the release of a £25/month plan for unlimited concerts and live music events.

Noting the success of subscription-based companies such as Netflix and Spotify, CEO James Kay saw an opportunity for the formula to be applied to live music - "Our objective is to give music fans the ability to attend unlimited concerts and DJ nights for the price of an affordable T-shirt".

The concept, the first of its kind in the UK, grew out of the Seedcamp accelerator programme where it first took shape as a music events discovery service called Fluttr. Already there are plans to expand the service internationally with new cities to be announced soon.

Electronic music fans will be pleased to hear the company has already partnered with the likes of Fabric, Village Underground and Electric Brixton, with plans to partner with more clubs in the future.

The company is currently offering a month-long complimentary trial - head along to their website to try it out.