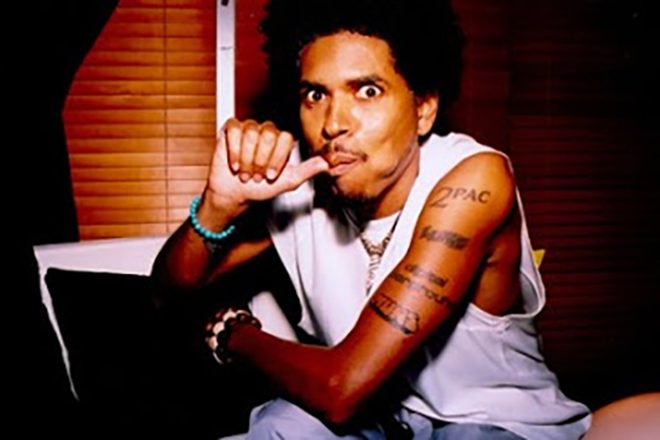 The news was confirmed by fellow co-founder Chopmaster J on Instagram.

Shock G was found in a hotel room in Tampa, Florida according to TMZ. The cause of death is currently unknown.

Born Gregory Jacobs in New York in 1963, Jacobs developed his DJing skills after living in Tampa for high school. He eventually moved to California, where he met his other groupmates Chopmaster J and DJ Kenny K, and they began to make music together as Digital Underground – releasing early hit ‘Doowutchyalike’ in 1989 and six studio albums across 1990 to 2008, when the group disbanded.

Jacobs also co-produced 2Pac’s debut album ‘2Pacalypse Now’, alongside creating a number of his own hits, including ‘The Humpty Dance’ which reached Number 11 on the US singles chart. Jacobs adopted an eccentric alter ego as ‘Humpty Hump’ and the song and character proved to be immensely popular.

Jacobs and 2Pac’s relationship was particularly distinctive, with 2Pac’s first credited appearance as Tupac Shakur came on Digital Underground’s 1991 EP, ‘This Is an EP Release’. Shakur appeared on ‘Same Song’.

Jacobs’ impact on hip hop was far-reaching. Tributes have been paid to Jacobs by a number of his contemporaries, Chopmaster J saying on Instagram:

"34 years ago almost to the day we had a wild idea we can be a hip-hop band and take on the world. Through it all, the dream became a reality and the reality became a nightmare for some. And now he's awaken from the fame. Long live shock G Aka Humpty Hump and Rest In Peace my Brotha Greg Jacobs!!!"

Watch a video interview with Shock G sharing stories about 2pac below.