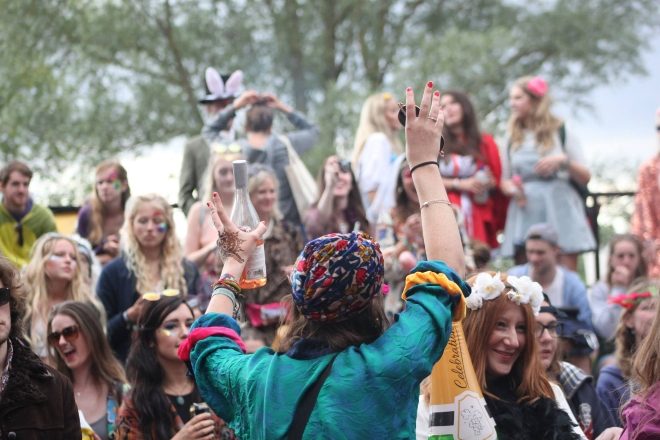 After a whopping 70,000 people applied for Secret Garden Party tickets following their comeback announcement, the festival reportedly sold out within minutes.

The first set of tickets were released yesterday, September 26, at 6:AM. All 15,000 sold out instantly, although the festival has since announced that they have held back a number of tickets for those with "the most wonderful ideas that people want to bring to life in the Garden".

After a five year hiatus, Secret Garden Party will return in 2022 for its 20th anniversary. The surprise announcement of its return came at the end of August, revealing the long-awaited news.

“We are thrilled and frankly totally blown away by the overwhelming response to the return of Secret Garden Party and its 20th anniversary,” said Head Gardener, Freddie Fellowes.

“We thought that since closing our doors 5 years ago and then after such an isolating grim couple of years there might be some interest, but the love and enthusiasm for going back to the Garden has quite taken our breath away.”

Secret Garden Party will take place between July 22 - 24 next year. According to a statement from the festival, “No artists have yet been announced. Nor will they be.”

No capacity has been set yet, although in previous years the festival reached around 35,000 visitors. “There’s clearly a need to bring like-minded people together who want to meet, play, create and rejoice. It is no longer a luxury we can take for granted,” said Fellowes.

“The joy shown on SGP’s social media since the announcement and the subsequent crazy shared stories reminds us of how A Serious Party has the capacity to create magic.”

One unlucky ticket-holder who accidentally bought themselves a dog ticket shared on Facebook, “HELP! My code won’t work anymore and I only have a dog ticket, no joke. Will a cleverly put-together costume be accepted?!”

Read this next: No amount of rain could dampen the last ever, outrageous Secret Garden Party

The official Secret Garden Party page reposted the comment asking, “Out of curiosity… How committed would you be to this, Megsy?”

Local residents can grab tickets in the new year, while more tickets will be given out to patrons with ‘creative ideas’ for the 2022 event. Applications will open for this next month.