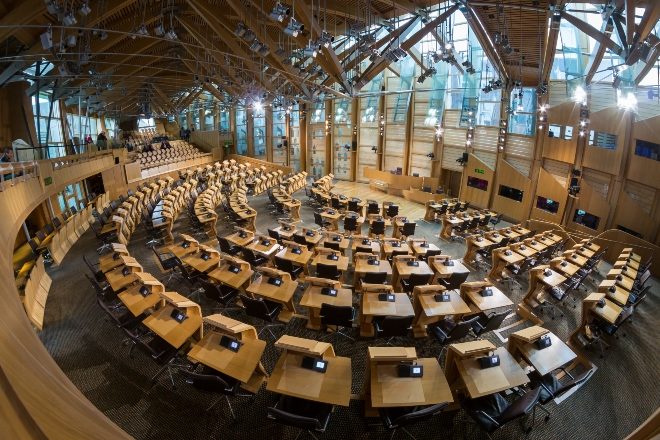 Nicola Sturgeon has declared that non-compliance action for the Scottish vaccine passport system would be delayed for nearly three weeks.

The scheme, which was initially supposed to be launched on Friday, requires patrons of nightclubs, large-scale indoor and outdoor events to confirm their vaccination status - The Scottish Herald reports.

However, Nicola Sturgeon has declared that enforcement action for businesses that are implementing the vaccine passport scheme would be postponed until October 18 in order to “test, adjust, and increase trust in the practical arrangements” of the scheme.

Read this next: Plans for vaccine passports in England have been scrapped

While businesses have had a pause in the vaccine passport scheme rollout, the legal obligation for individuals to prove vaccination status or exemption to enter certain venues - such as nightclubs - will still begin from Friday.

This means the time between Friday, October 1 and Monday, October 18 will act as a “grace period” until enforcement starts, as confirmed by the First Minister at a speech in Holyrood.

This “grace period” is to give businesses, organisations and venues the opportunity to practice changing their entrance procedures. They will not face any legal consequences for failing to implement these vaccine passport checks in this period.

Venues and organisers have welcomed this grace period, however many are calling for the vaccine passport scheme to be abandoned completely.

Sturgeon revealed that a COVID status app will be released on Thursday, ahead of the vaccine passport rollout on Friday.

"To facilitate this, the NHS Covid status app will go live on Thursday. It will provide a digital record of a user’s vaccination status, including a QR code for each vaccination a person has received.

"It is already possible for any of us to request a paper copy of our vaccination record, or to download a PDF from the NHS Inform website."

Ms Sturgeon told MSPs that she recognised “many businesses have concerns about certification” but stressed, “the government remains of the view that a targeted certification scheme does have a part to play in driving vaccination rates up as high as possible”.

The First Minister confirmed the “change to our original plans for the scheme’s commencement”.

“The new, staged approach we are proposing is designed to help businesses adapt to the requirement that the scheme will place upon them and give them a period in which they can operationalise and test their arrangements in practice.

“I can therefore confirm that after the legal obligation comes into force at 5am on Friday, we intend to allow a further period of slightly more than two weeks - until October 18 - before any business could face enforcement action for non-compliance.

Ms Sturgeon added: “The government is persuaded that a Covid certification scheme will help us mitigate the risk the virus poses to us over the winter. That is why we intend to proceed with it.

“However, the pragmatic compromise that I have just outlined in relation to a staged introduction of the scheme demonstrates, I hope, that we are listening to business about the practical challenges they face - and that we are determined to work with them to overcome these.”

Read this next: Carl Cox teams up with the NHS to encourage people to get vaccinated

In response to this news, Colin Wilkinson, managing director of the Scottish Licensed Trade Association, said: “This is, of course, welcome news but it would have been better if we didn’t have Covid passports at all.

"We remain opposed to the scheme – it is a most unwelcome development for the licensed trade and as we have previously stated, it has happened without any meaningful consultation with the industry.

“However, they are being introduced so we implore the Scottish Government to ensure that the technology utilised is robust, reliable and easy to use for customers and the people tasked with policing the scheme.”