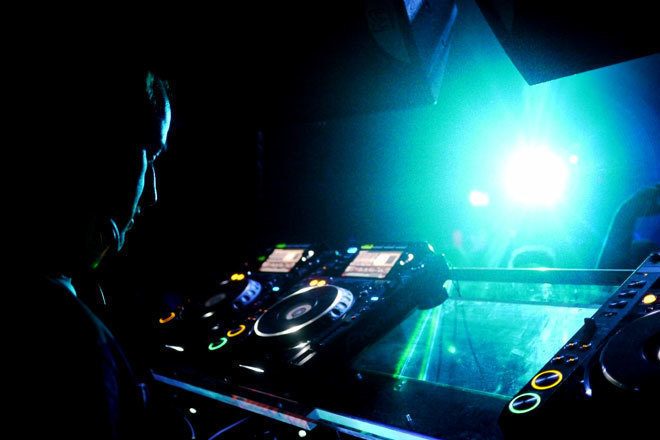 I feel compelled to address the current situation at fabric, where I’ve been lucky enough to play since the opening weekend. Right from the very beginning it was clear it was going to be a very well run club managed by thoughtful, caring people. Their ground-breaking music policy is something that other clubs around the world look to with jealous eyes. They’ve always stayed away from booking mainstream artists and helped champion young, upcoming musicians, DJs, producers and live acts. The technology of the club has always been ahead of the curve with cutting-edge soundsystems.

It’s tragic that young people have lost their lives through drugs but there must be a way to keep the venue open for the thousands of people who go through those doors each year, who all treat each other responsibly and come for the music.

It is heart-breaking that sanctions have been applied to a club that has cared so much about its punters, its DJs, and been such a supportive family to the music scene in general. The security on the door of this club are second to none. With all the clubs being closed down in London during the last few years due to new developments of condos and property, it’s vital that we try to hold onto this iconic venue.

I have had so many memorable nights in this club. There’s an immediate connection with the crowd from the very first track. Nowhere on the planet has a DJ booth like fabric’s; you’re in the middle of the dancefloor and it takes you straight into the world of your music. The sooner you get lost in the music, the quicker your connection to the crowd. At fabric the DJs get to dig into the back of their record collections and really experiment. I always do edits for my fabric nights that I rarely play anywhere else. There is something very special about the club that helps DJ focus on what they really want to do and test themselves. That's been fostered by the family there, the support of the team, the crowd and the club’s unique design. I’ll start DJing at 2 in the morning and before I know it, it’s 7am. You come out of fabric as the sun is rising above the city and everyone is smiling.

Now Sadiq Khan is talking about taking on a Night Czar like they have in the Netherlands. I’m hoping that this will help the situation. The Dutch have always been ahead of the curve when it comes to handling nightlife and policing clubs and music festivals. They’ve had a much more liberal and open approach and have still managed to improve safety. Their more open attitude and more sensible approach overall seem to work. We should take a leaf out of their book.

Fabric is one of my favourite places to play in the world and I truly hope they manage to come to some arrangement with the government in London to put this right. If fabric goes it really would be a sad day in music for the whole worldwide scene and London would lose a jewel in its crown.