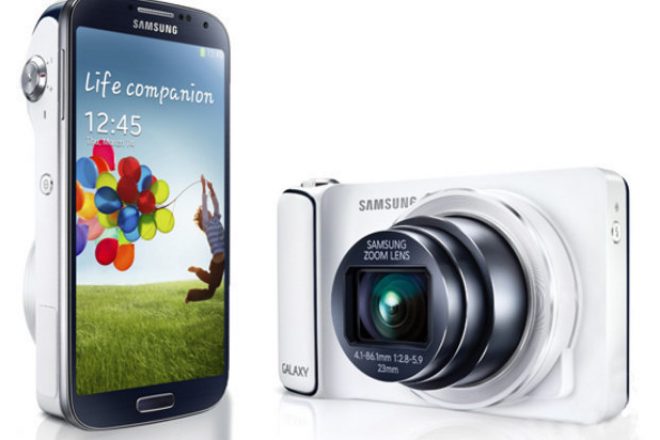 Most smartphones' cameras rely on digital zoom which isn't really zooming at all, it's just cropping a pic tighter into the existing data – which means pixelly pics and an overall loss of clarity.

The recently launched Nokias Lumia 1020 countered the loss of detail from a digital zoom; by taking pics at a whopping 41megapixels. And lots of smartphone photographers are happy with that. But who wants to have to take photos that are 41megapixels big all the time? It's a waste of memory.

Another digital zoom issue for smartphones is during filming. There are very few that allow you to zoom smoothly while filming. Most are jerky or can only be done before you start filming. It's not practical.

It's all these inherent zoom problems that the Samsung Galaxy S4 Zoom has taken head on. By adding an actual optical zoom (that telescopically extends from the body of the handset) the S4 Zoom looks and feels more like a digital camera than a smartphone.

The retractable lens allows for 10X optical zoom while the BSI CMOS Sensor requires less light for sharp images meaning shooting in dark conditions like clubs won't hinder your shots. On top of that the OIS or optical image stabilisation means your pics are less likely to blur.

If what you're shooting is moving there are settings for that too. Use Drama Shot to merge continuous shots of moving objects or use Action Freeze to capture high-speed action. All the modes are accessible via the jog-wheel surrounding the lens – it feels very ergonomic and less fiddly than touchscreen buttons. And obviously as this is technically also a smartphone you can share your pics instantly.

One mode being touted by Samsung is just plain useless; Photo Suggest shows you lots of pics that other people have taken around the world just in case you lack the creativity to be inspired by the world yourself and want your photo galleries to look like other peoples. Do you really need your camera-phone to tell you to shoot the Taj Mahal while in India?

Camera stuff aside the phone itself runs on the Android's Jelly Bean 4.2 which means you have access to Google's operating system, apps and games – another reason why you might opt for this photographer-friendly smartphone over Nokia's Lumia 1020. The design, although curvy, is way fatter than most smartphones - but this is the price you pay for wanting what is effectively a digital camera that you can use as a smartphone.

If you are the kind of person who always wants a quality camera with them at all times - this is a good buy. But for everyone else that's happy with their current smartphone pics having such a chunky phone might not feel right for you. The S4 Zoom then is kind of like a campervan compared to a Ferrari - it's been designed bigger to do an extra function better. You might not turn heads in a campervan but you'd struggle to cook a fry-up in a Ferrari.