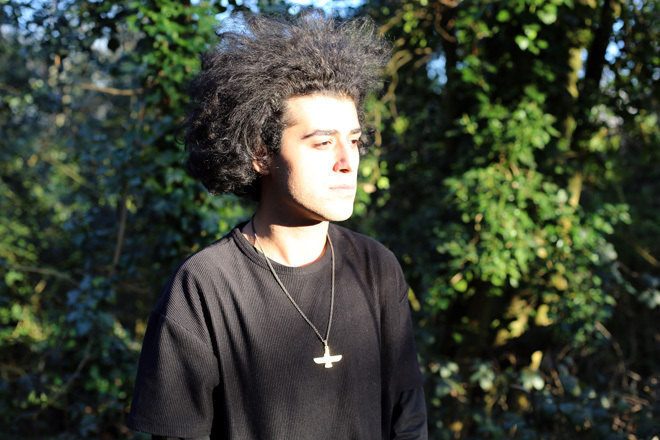 There's something uncanny about 'Mavericks One'.

It's been infiltrating radio and club sets for at least a year, dropped like a secret weapon. So when you hear it, on the eve of its official release on Planet Mu, you'll no doubt know that you've come across it before.

The pungent instrumental, with its elegiac strings and rib-tickling doses of low-end, has been flexing everywhere from NTS to Radio 1 and has found itself into the selections of Total Freedom, J-Cush and Kuedo. Hell, the eagle-eared of you will even have clocked it on Sami Baha's SoundCloud, along with other bass-loaded tracks that have announced him as a definite one to watch ('Mavericks One' as well as 'Still' and 'Chunk' were faves from Sami's profile and have since been taken down and folded into the 'Mavericks' EP).

His sound is self-styled as 'Arabesk-trap', as he explains: "I grew up when the Arabic style of Turkish music known as Arabesk was at the centre stage of Turkish culture, so I was listening to popular Turkish performers Ibrahim Tatlises and Muslum Gurses alongside trap originators DJ Screw and the Atlanta scene. I know people don't hear the orient instruments and rhythms in my music, but I like to think of my music as Arabesk-trap, as I feel like the Arabesk and trap crossover is where they come from and in their feel."

It's a unique combo, which you can experience by listening to the official premiere of 'Mavericks One' below. A certified scene anthem, it's seduced everyone from Planet Mu boss and long-serving tastemaker Mike Paradinas to all in attendance during Sami's recent back-to-back with Total Freedom at Corsica Studios in London (where it caused something near communal transcendence). Play loud now.