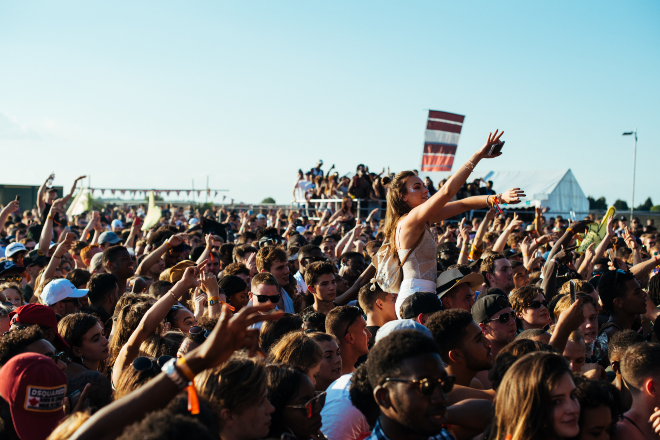 A new initiative for protecting women’s safety in the music industry has been launched.

Together, the teams are calling for the music and live sectors to commit to tackling harassment and to create safe spaces for women and marginalised groups.

The strategy comes off the back of harrowing statistics that more than 7 in 10 women have been sexually harassed in the UK, whilst over 40% of women under 40 have experienced sexual harassment at a live music event.

Along with artists, festivals, and industry leaders, they have co-signed and released an open letter, acknowledging an ongoing issue and the need for change.

So far, the letter has been signed by figures including the co-organiser of Glastonbury Festival, Rudimental and Radio 1 Xtra’s Yasmin Evans. Charities and companies have also got on board, namely the Eden Project and ticket retailer Dice.

By working with women and marginalised groups across the UK, UN Women UK have proposed over 150 solutions for fostering safe spaces at music events, nightclubs and festivals. Examples include redesigning spaces, addressing behaviour within them, inclusion within staff teams and training to recognise potential abuse and respond accordingly.

Cambridge’s Strawberries & Creem has become the first pilot event to sign the pledge, promising to develop and deliver a safety-focused strategy at this year’s event.

Claire Barnett, Executive Director of UN Women UK, said: “As live events return following the COVID pandemic, women and marginalised people everywhere are not only thinking about staying safe from the virus – they want to be able to enjoy their right to music, arts and culture without constant fears of violence and harassment.

Read this next: Pxssy Palace and Gal-dem's Sugar are setting the blueprint for safe clubbing

"We have a unique opportunity as we return from lockdown to reconsider the way we construct and use our public spaces to be safer for the long term.”