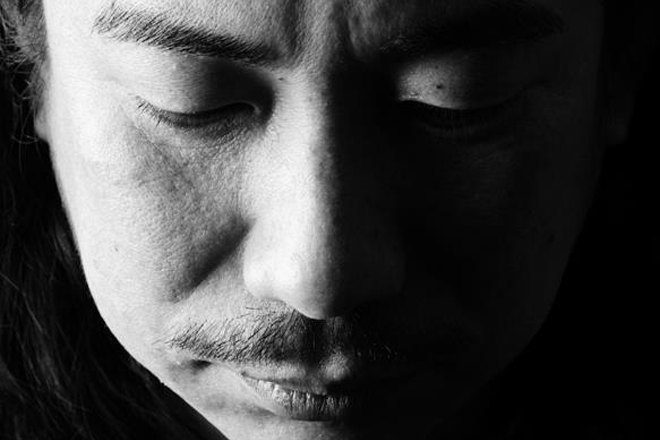 You might remember that we premiered one of the tracks taken off the first release on BleeD Music back in May.

It was Volte-Face's 'Sine Qua Non' and, to put it bluntly, was a mighty head-fuck of a techno tune. Release number two comes courtesy of the London producer's collaborative project, Rote, with one artist who's bossed it in the last two years: Daniel Avery.

'EP1' comes with remixes from Svreca and DJ Nobu (pictured), a Japanese producer Volte-Face sums up as one of the country's "biggest and most adventurous techno DJs".

He runs the Future Terror parties back in his home country, inviting guests like DVS1 and Lucy, and you should probably listen to the 'Nuit Noire' mix CD he was behind: head-splitting techno for those who like it rowdy.

'Rote 1' is the cut he's pulled apart and put back together again, ending up with almost seven minutes of riotous, shattering techno. Heart monitor bleeps aplenty and buzzy, winding synths that seems as though they're probing your brain.